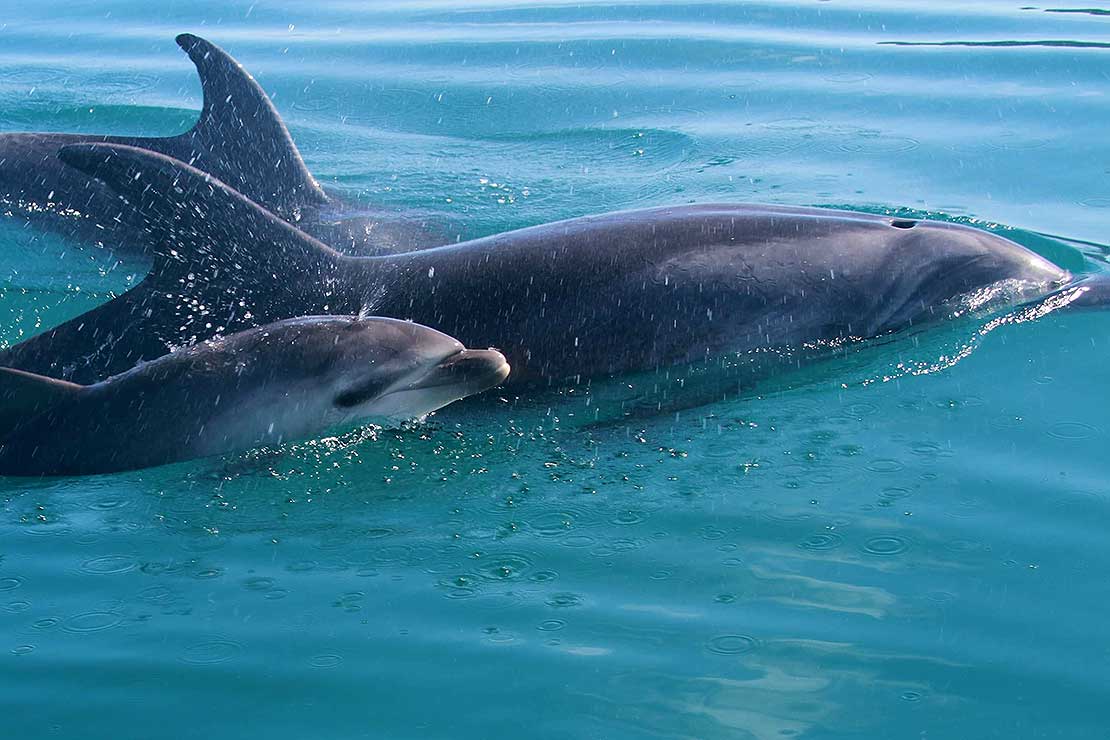 Bottlenose Dolphin and its calf in the Bay of Islands

Following research undertaken by Massey University in 2016, the Department of Conservation has proposed a marine mammal sanctuary in the Bay of Islands which is going to public consultation.

The contract that sought to assess the impact of vessels on dolphins in the Bay of Islands, was completed on behalf of the Northland Department of Conservation by Professor Karen Stockin and a then Massey PhD student, Dr Catherine Peters, who was the primary investigator of the study.

Findings summarised in the report to the Department, flagged major concerns about the continued viability of the bottlenose dolphins in the Bay of Islands, revealing a local population decline from 278 identifiable dolphins down to 96 by the year 2015.

Professor Stockin commented that balancing the needs of sustainable tourism and conservation can be tricky when dealing with a nationally endangered species such as the bottlenose dolphin.

“The region saw behavioural effects reported on these dolphins as far back as 20 years ago and while management practices have attempted to minimise those impacts, we are now facing a dramatic local population decline which has warranted immediate action.”

In years following the 2016 study, Dr Peters has further monitored the local population and worked with other researchers to note a further decline to  26 identifiable dolphins, forcing the consideration of a marine mammal sanctuary.

“Evidence based management will give the Bay of Islands marine mammals the best protection. It has been great to see the importance placed on a consistent monitoring program using the same methodology for many years and we need to continue to use it for the better protection of all marine mammals.”

The earlier contracted research that was integrated into Dr Peter’s PhD study  has provided a sound basis from which she works now in her current role as a senior Marine Ranger for the Department.

She says the first step in proposing a marine mammal sanctuary is identifying the issue.; “the strength here is that the science has quantified what those on the water are seeing on a day-to-day basis.

“Ultimately, we would all like to see the Bay of Islands return to a habitat bottlenose dolphin, and other marine mammal species, are able to use safely.”

Dr Peters details that on the 25th of February 2021, the Minister of Conservation announced her intention to consult on a marine mammal sanctuary proposal to halt the rapid decline of bottlenose dolphins in the Bay of Islands. The proposal, developed jointly with Ngā Hapū o te  Pēwhairangi, will protect all marine mammals of the Bay of Islands from the impacts of vessels and people.

It includes the following rules for consideration:

For all Bay of Islands waters:
• No swimming with marine mammals
• Vessels to maintain a 400m distance from marine mammals and take all reasonable measure to stop if marine mammals' approach within 400m; and

Within the Bay of Islands (7.6 per cent of the total Bay of Islands area):
• Vessel speed to be restricted to five knots within two “marine mammal safe zones”.

Professor Stockin acknowledges there could be other factors outside of vessels that may be contributing to the decline.

“Only issues we are aware of and have identified can be addressed at this stage, that’s not to say we shouldn’t continue with current efforts to resolve other factors that may remain at play.” 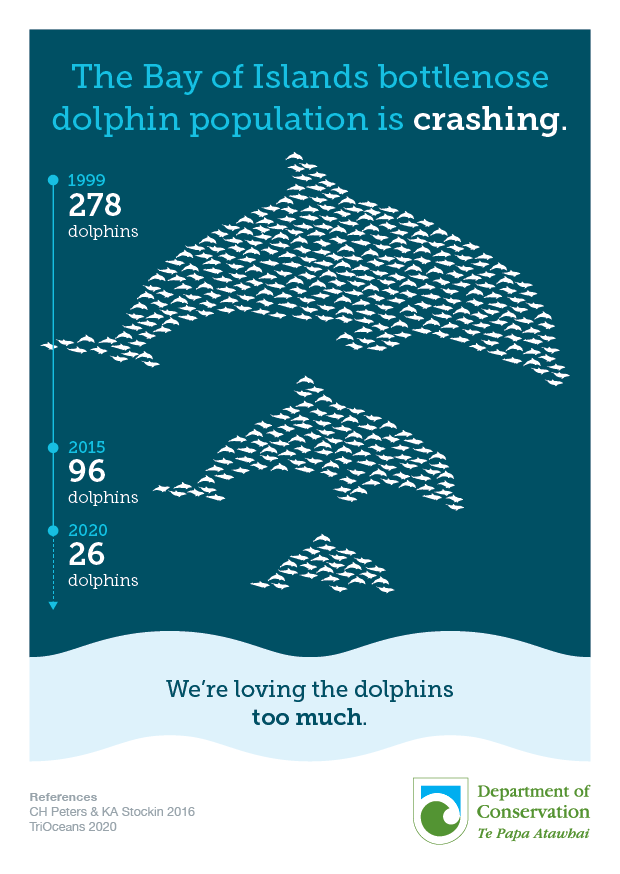