Opinion: Do a third of Americans really hate their own country? Early in the year Iranian and Iraqi citizens and lawmakers renewed chants of “Death to America” in the wake of the assassination of an Iranian general in a United States drone strike. But according to many US politicians and pundits, much of the hatred towards America comes not from overseas but from other Americans – a very high percentage of other Americans, in fact.

Imagine Simon Bridges attacking a Jacinda Ardern policy decision by saying it shows she hates New Zealand or is anti-New Zealand. Or imagine her saying that about him. Most New Zealanders would find such attacks ludicrous. The same would be true if that happened in Canada or Germany, and would be at least highly unusual in the United Kingdom or Australia. Yet, in the USA this line of attack is commonplace. And it’s almost always in one direction, with Republicans and pundits on the right using this accusation on Democrats and those who lean left.

Absurd as it seems to accuse nearly a third of the population – the percentage identifying as Democrat or liberal – of hating their own country, try googling “liberals hate America” and see what I mean (liberal being synonymous to left-leaning in US parlance). Democrats and liberals are accused of hating their own country, of being “un-American”, unpatriotic and even traitors. The supposedly liberal mainstream press is even branded “the enemy of the people” by the President.

Unfortunately, this kind of rhetoric can sometimes be effective. In the lead-up to the war with Iraq in 2003, any opposition to the Bush administration’s position was equated with disparaging America and showing support for the enemy, as well as with weakness, and, God forbid, not supporting the troops. Most Democrats were cowed into support or at least silence, despite the warning signs and the ultimate disaster that war proved to be.

With the killing of Iranian General Qasem Soleimani and its aftermath within the first week of January, this line of attack is ramping up again. On a Fox News show that week, former Trump-appointed United Nations Ambassador Nikki Haley said, “The only ones mourning the loss of Soleimani are our Democrat leadership and Democrat Presidential candidates.” The clear message is: Those unpatriotic liberals are siding with the enemy.

And it’s not just conservative politicians and the pundits who think this way. A recent survey by the Pew Research Centre (a non-partisan American think tank based in Washington DC) found that more than 60 per cent of Republicans believed Democrats were less patriotic than other Americans, while more than 70 per cent who identified as Republicans saw themselves as more patriotic than most others.

The accusation of hating America is usually levelled at those who criticise the (Republican) President and those who engage in or support public protests, such as last year’s spate of National Football League athletes “taking a knee” during the national anthem in protest against police brutality towards African-American men. Or those who criticise certain aspects of American life, like the absurdly high rate of gun-related deaths or the high percentage of people by international standards without access to health care.

While Democrats have many criticisms of Republicans, being un-American or hating America is not one of them. In the Pew survey, Democrats tended to see members of both parties as similar in terms of patriotism. This is despite those on the right regularly speaking with utter disdain about specific Americans – for example, the civil servants and Trump appointees who testified in the recent impeachment hearings, or the four young, female congressional representatives known as “the Squad”. 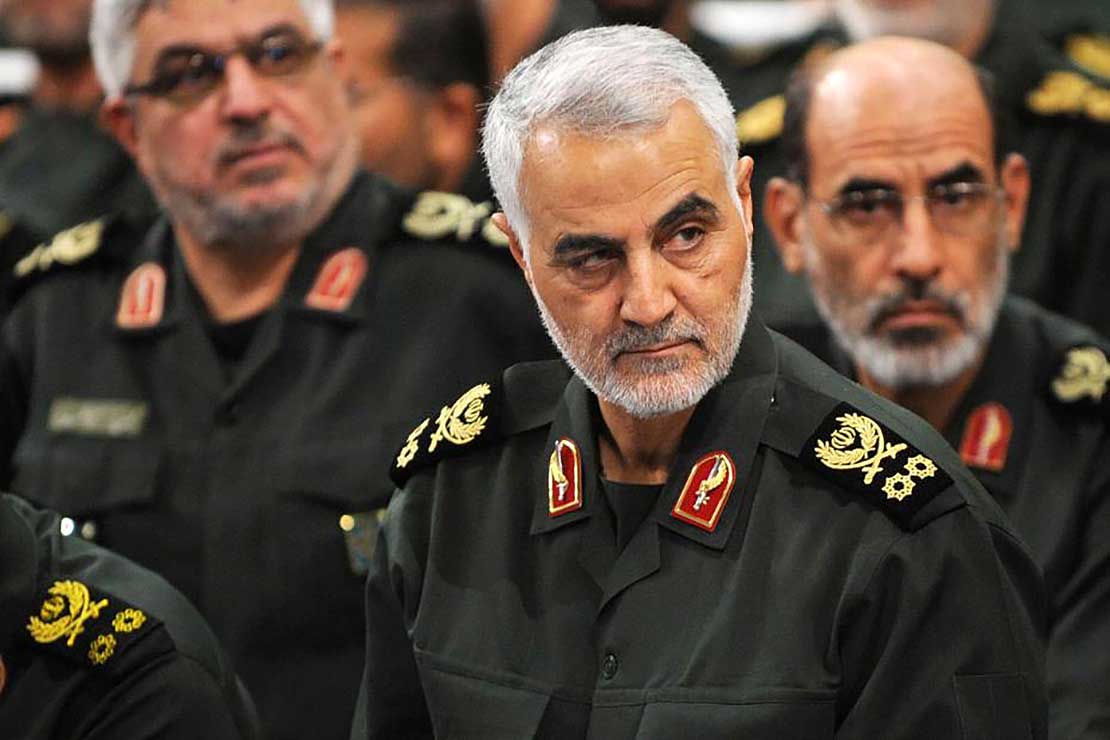 The killing of Iranian General Qasem Soleimani has led to increased rhetoric about unpatriotic liberals.

The one-way flow of “anti-America” accusations

Consider the basic principles that distinguish right and left – not just in the US, but more widely. In broad terms, people on the right side of the political spectrum tend to value social hierarchy, order and tradition. Those on the left are more likely to value equality and change – especially change that advances equality. Since the general movement in Western countries over the centuries has been from away from rigid social hierarchy (think monarchies) and toward equality (think democracy, women’s rights, civil rights), the left has been much more associated with bucking long-established policies and practices and pushing for changes that empower a wider group of people.

So, at any point in history, the left is much more likely to be seen as criticising the status quo – meaning the country as it stands or its traditions – than is the right. And they’re more willing to point out a country’s faults – the uncomfortable facts of history, such as, in the case of the US, slavery, the internment of Japanese-Americans in World War II and the CIA (Central Intelligence Agency) overturning foreign governments. But criticism and acknowledgement of unflattering truths is not hate, though, so there’s more to the story.

Another important distinction is that those on the right fundamentally value benefits coming to “in-groups” – “us”, as opposed to “them”. The left, with their emphasis on equality, values benefits allocated more widely beyond their in-group. That sort of thinking logically means that the right will be more attached to “our country” and the left is more comfortable thinking internationally. Not surprisingly, then, saving the planet from the effects of climate change resonates more on the left and “America first” – one of Trump’s slogans – appeals more to the right.

So how does all this lead to talk of the left hating America? Because of prioritising different values, each side has different “triggers” – words and acts that carry a hefty emotional weight and evoke strong reactions. Triggers that infuriate the left, not surprisingly given their emphasis on equality, are often things that imply bigotry or disrespect toward traditionally marginalized groups. But for the right in the USA, highly charged emotional triggers include things that suggest disrespect for their in-groups and traditions, like words and acts that seem to disrespect the flag, the military and the national anthem – and the Confederate flag for many white Southerners. 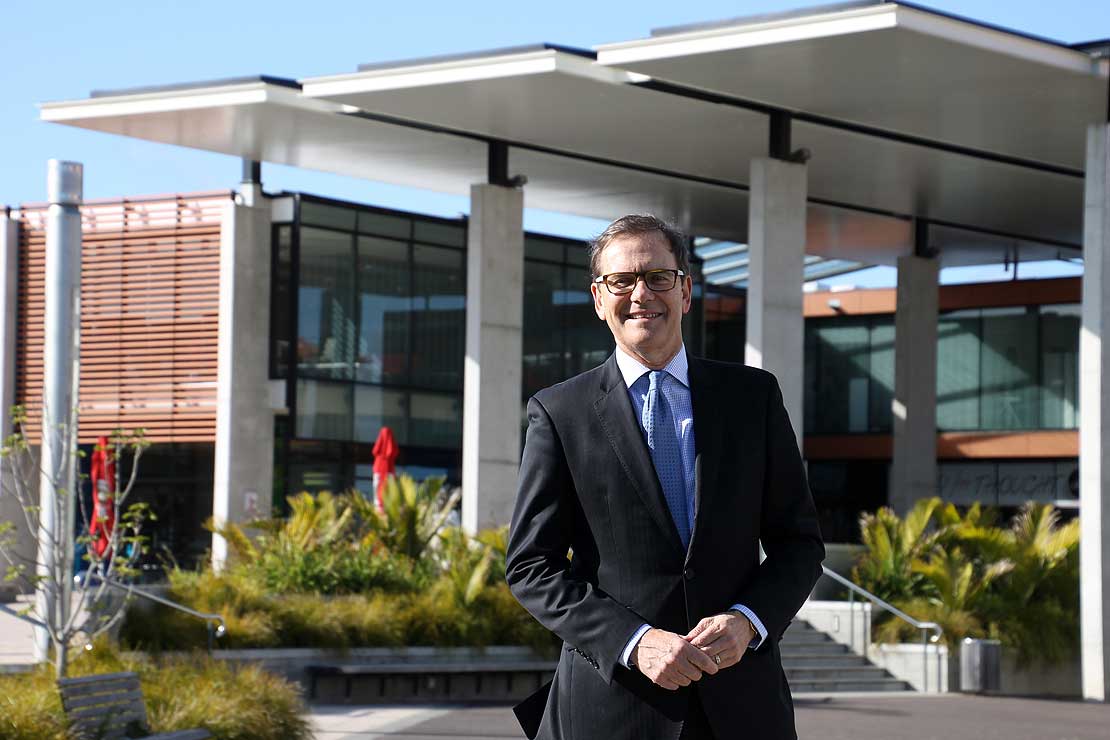 Many of these tendencies apply to the left and right internationally. But they are especially strong in the USA.

Being able to accuse your political opponents of hating their own country depends on a kind of “hyper-patriotism” that seems hard for us to imagine in New Zealand. And hyper-patriotism requires a high degree of political polarization that is evident in the US, and that has escalated dramatically in the past 25 years. This is due to, among other things, the rise of social media and partisan news sources that enable people to confirm and harden their core beliefs. According to another Pew study, not only are a much higher number of Americans more consistently conservative and more consistently liberal today, but “Partisan animosity has increased substantially over the same period. In each party, the share with a highly negative view of the opposing party has more than doubled since 1994.”

With a politically polarised population hostile towards the other side, and with the right seeing its core values as defending America from those pushing for change, it’s easy to demonise the left as hating America.

Moments after announcing that Soleimani was killed by an American airstrike, President Trump tweeted, without explanation, an image of the American flag, the iconic symbol of patriotism. With sabres rattling around a possible war with Iran, expect patriotism to be used as a political weapon early and often in the coming days.

It’s an open question whether using patriotism will be effective in generating public support for another war, with the lead-up to the Iraqi war still fresh in many Americans’ memories. But regardless, you can count on those who criticise the Trump administration – and even those who simply report the President’s often self-incriminating words – to be branded as un-American. You can also expect the same accusations to be made repeatedly towards whoever emerges as the Democratic candidate in this year’s presidential elections.

Professor Ted Zorn, originally from the USA and with dual New Zealand-American citizenship, is professor of organisational communication and head of Executive Development at the Massey Business School.