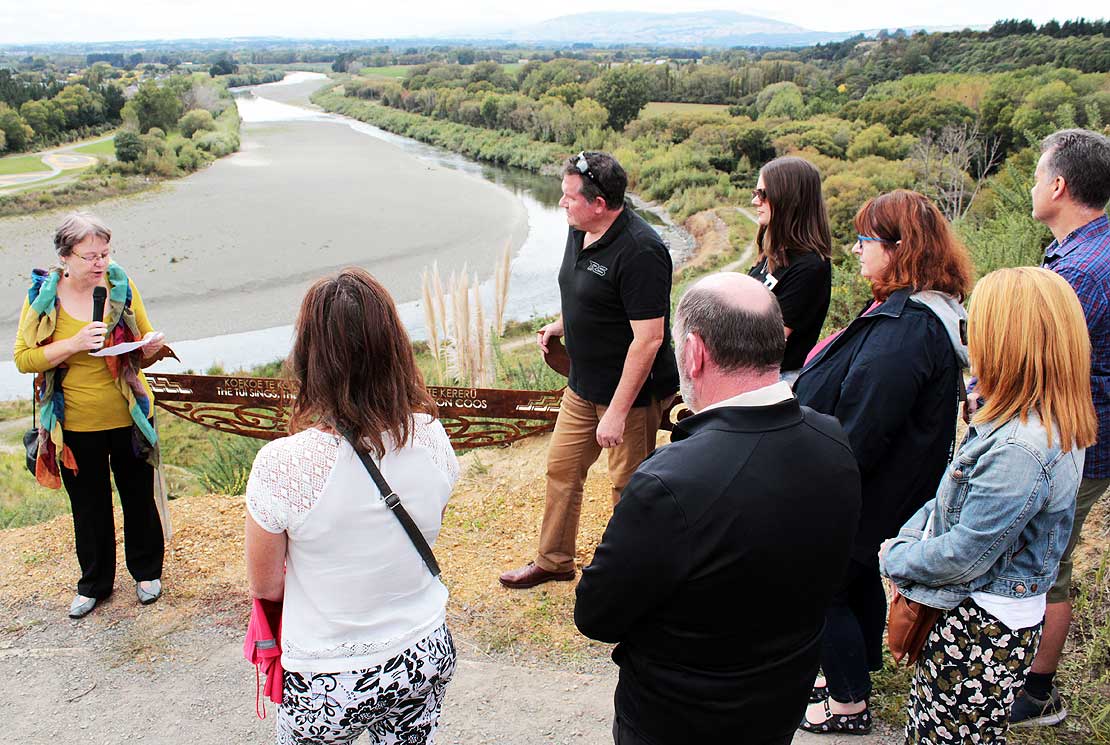 Associate Professor Gina Salapata speaking at the ceremony to launch He Kupu Rangatira - The Proverb Pathway.

Massey University humanities academics have been instrumental in the development of He Kupu Rangatira – The Proverb Pathway, launched last weekend in Manawatū.

The pathway is a unique community project featuring an outdoor staircase engraved with proverbs that represent Palmerston North’s diverse languages and cultures.

Totalling more than 400 steps, the pathway is located on Te Arapiki a Tāne – The Stairway of Tāne – and offers spectacular views of the Manawatū River and surrounding landscape. Comprised of two sets of steps from Te Motu o Poutoa – Anzac Park and Vaucluse Heights to the Manawatū awa (river), the project features words of wisdom captured in 12 proverbs and 10 languages (Māori, Japanese, Vietnamese, Chinese, German, Greek, Persian, Romanian, Samoan, and Fijian) inscribed in steps, seating and sculptures at the site.

The proverbs appear in their language of origin, with a te reo Māori equivalent (provided by Associate Professor Hone Morris), and an English translation. One of the three Māori proverbs at the site is of particular importance to Rangitāne iwi and reads: Tini whetū ki te rangi, ko Rangitāne ki te whenua / Like the multitude of stars in the heavens, so is the greatness of Rangitāne upon the earth. 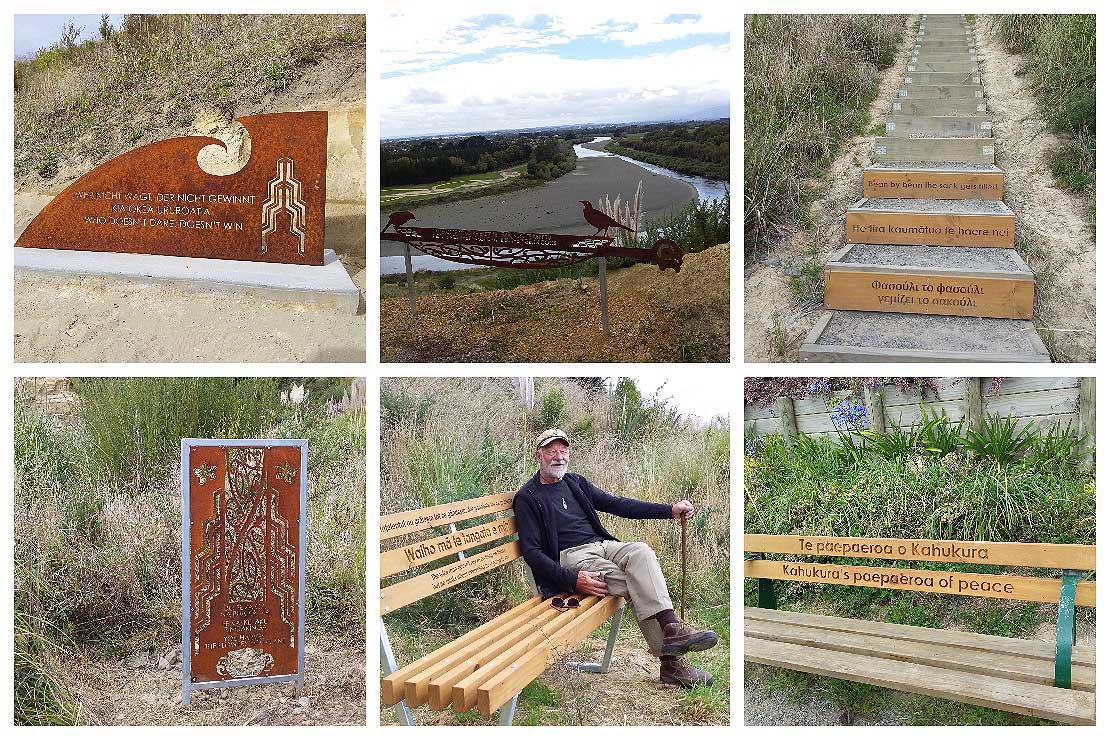 The project drew on a 2015 initiative instigated by classical studies scholar Associate Professor Gina Salapata, who was invited to the project and had worked with the Palmerston North City Library to collect proverbs from various cultures.

“We invited Palmerston North residents to submit proverbs from their country of origin to highlight the common threads among cultures and celebrate the diverse multicultural community here,” she says. “We collected over 250 proverbs from 35 cultures or language groups. Several of these were displayed in the library during Poetry Week and a selection was published weekly for six months in the Manawatu Standard.”

Dr Salapata was also a major driving force behind the recent celebration of proverbs by businesses on Palmerston North’s George Street as part of the city’s Festival of Cultures.

All three academics are contributing to a tour app that will further enhance and explain the meanings behind the proverbs. “Hearing the proverbs recorded in the original language will help bring the proverbs to life and recognise them as part of our diverse linguistic landscape”, Dr Walker says.

Other contributors to the project include artist Ephraim Russell and the Argo Engineering crew, UCOL students who provided design ideas, Rangitāne, the Manawatū Multicultural Council and community members who submitted proverbs.

Dr Salapata spoke at the ceremony to bless the project, saying: “The whakataukī we are standing next to (Koekoe te kōkō, ketekete te kākā, kūkū te kererū / The tūī sings, the parrot chatters, the pigeon coos) encapsulates very well the spirit of this project, which is to celebrate the rich variety of cultures in our city and support community unity. Like the koko (tui), kaka, and kererū, we humans may speak different languages, but our common factor is our humanity.”

Proverbs, she says, “reflect and transmit cultural values, beliefs, and traditions. They’re a great avenue to engage young and old in dialogue and create bridges between different cultures because they often express the same ideas through different words. This can help us to see that we are really not all that different from one another.”

Mayor Grant Smith, who attended the launch, said the project is a wonderful addition to the city. “This is part of us wearing our Welcoming Community credentials on our sleeve by drawing from the established wisdom of the many cultures that call Palmy home.”