New research shows providing vegetables as an infant’s first food is an effective strategy for improving intake and may help children to develop a preference for vegetables.

The study by Massey University Human Nutrition PhD graduate Dr Jeanette Rapson which was recently published in The American Journal of Clinical Nutrition suggests that providing vegetables as first foods increased a baby’s intake of vegetables at nine months of age.

As a first for New Zealand, the randomised controlled trial recruited 117 Auckland babies who were about to start solids for the first time at around six months of age. The participants were split into two groups. The control group were given a combination of fruit and vegetables in their first four weeks of starting solids, while the test group were given vegetables only.

The trial found that at nine months of age, the infants who had been introduced to vegetables-only consumed double the amount of broccoli and spinach than those who were exposed to both vegetables and fruits. The vegetable-only group’s daily vegetable intake at home was also 28 per cent higher than that of the control group.

“The results of this trial suggest that the start of complementary feeding is an ideal time to introduce vegetables as a first food since infants are willing to try new foods, even those with more bitter tastes such as vegetables,” Dr Rapson says.

“Offering vegetables first is an effective way to support infants to learn to accept and to eat more vegetables.”

At the nine-month testing, the vegetable-only group ate equal amounts of fruit and vegetables, whereas babies in the control group consumed significantly more fruit than vegetables.

“Consumption of fruit is as important as vegetables during childhood, but fruit needs less encouragement compared with vegetables due to a baby’s innate preference for sweet tastes.”

Dr Rapson urges parents to offer their babies a wide variety of vegetables when introducing solids.

“The study showed that the delayed introduction of fruit did not compromise babies’ intake of fruit, therefore it is prudent that parents take advantage of the window of opportunity for flavour learning and acceptance during solid food introduction in order to help improve a child’s intake of vegetables.”

Dr Rapson, who graduated with her PhD in May as College of Health valedictorian, and is also a New Zealand registered dietitian, ensured all parents who took part in the study were given advice and support on introducing iron-rich first foods. In addition, the iron levels of the infants were monitored throughout the study with 92 per cent of infants maintaining good iron status.

“The results complement and extend, rather than amend, current infant feeding guidelines that recommend iron-rich foods, vegetables, and fruit as first foods. This is because offering vegetables first may enhance vegetable acceptance, but iron remains an essential nutrient for infants and fruit is a nutritious food.”

The babies who participated in the study will also have their vegetable-intake monitored at 12, 24 and 36 months of age to assess the long-term impact of the study.

The study was supervised by Associate Professor Cathryn Conlon and Professor Pamela von Hurst from Massey University’s School of Sport, Exercise and Nutrition and conducted in conjunction with Professor Marion Hetherington, an expert on the development of infant food preferences from the University of Leeds, United Kingdom. Dr Rapson was also a student of the Riddet Institute, and was supported by the institute during her PhD studies.

There's a rising interest in a 'vegetable first approach' for babies starting to eat solids, and whether this has an impact on their diet later in life. 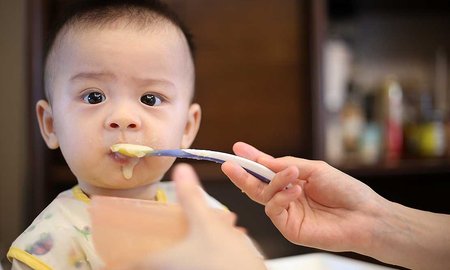 A new study is investigating how exposing babies to a variety of fruit and vegetables when they first move to solids, could help form better eating habits in the future. 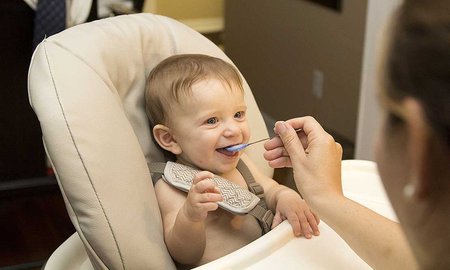