Leading climate scientist to give lecture 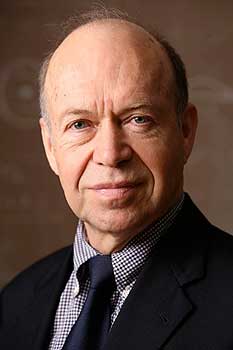 Internationally renowned physicist Dr James Hansen will give a public lecture on climate change at the Manawatu campus on Friday May 13.

Author of Storms of my Grandchildren, he was one of the first scientists to bring global warming to the world’s attention, when he delivered testimony on climate change to the United States Congress in the 1980s.

Dr Hansen is director of the NASA Goddard Institute for Space Studies in New York and Adjunct Professor at Columbia University’s Earth Institute. He has been an active researcher in planetary atmospheres and climate science for nearly 40 years, with the last 30 focused on climate research, publishing more than 100 scholarly articles on the latter topic.

While Dr Hansen’s work has evolved from space science to climate science, it has constantly sought to make the results of that work widely available to the public. Time magazine designated Dr Hansen as one of the world’s 100 most influential people in 2006, a tribute to his continuing efforts to serve the public through his scientific work.

The lecture on May 13 starts at 1.30pm at the Japan Lecture Theatre on the Manawatu campus. For further information, contact Associate Professor Christine Cheyne, email C.M.Cheyne@massey.ac.nz.