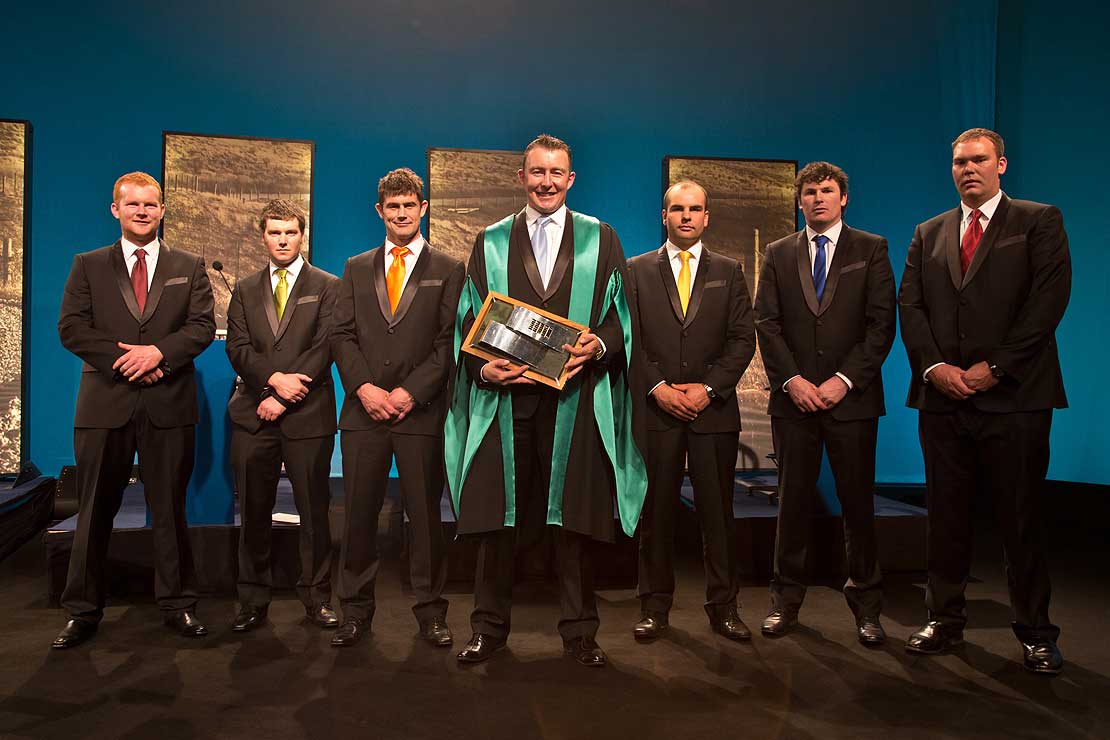 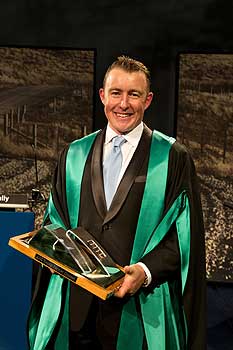 Winner David Kidd with the trophy

Mr Kidd, 30, who was Massey’s Agriculture Student of the Year in 2005, the year he completed his Bachelor of Applied Sciences in Agriculture, now farms in Helensville. He manages a sheep and beef breeding and finishing farm at Shelly Beach about 40 kilometres northwest of Auckland.

Three of the seven farmers to make the grand final have the same Massey degree and knew each other while studying.

“I’m a very proud Massey grad,” he says. “Some of the skills I had to use I learned at university 10 years ago, like public speaking and financial budgeting.”

“It was really exciting to have three of us representing Massey – we were all at university at the same time and I’m good friends with Dwayne and hadn’t seen Sully in a few years,” Mr Kidd says.

Mr Kidd and the other six regional finalists competed on and off the farm from Thursday to Saturday last week. They had to present an innovative business plan, face a panel interview, work out a human resources challenge, sit a written test and give a speech. The on-farm competition included hanging gates, cutting up a lamb carcass, welding, splitting firewood and building a miniature farm.

On Saturday night they competed in a televised quick fire farm and general knowledge quiz show with the winner not decided until late in the final round. Kidd won by just two points over Tasman's Reuben Carter.

Massey is New Zealand’s top ranked agricultural university and was recently placed 19th in the world for agriculture by the Quacquarelli Symonds university subject rankings.