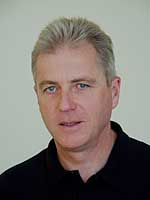 Researchers at Massey’s Centre for Public Health Research investigating the health of former timber workers have found levels of dioxin more than twice that of long-term Paritutu residents and significant prevalence of health effects related to PCP exposure.

The findings of the study Health Outcomes in Former New Zealand Timber Workers Exposed to Pentachlorophenol (PCP) were released this afternoon by the Department of Labour. The study was funded by the Health Research Council after continued concern that timber workers exposed to PCP were suffering long-term health problems. The PCP used at the time was contaminated by some types of dioxin during manufacture, with the study confirming that the types of dioxin found in the workers fit the profile of the dioxin found in PCP at that time. Dioxin is known to increase the risk of cancer.

Lead investigator Dr Dave McLean, a research fellow of the centre, says the study was comprehensive. The first phase comprised tracking and analysis of health information and the work practices of almost 4000 randomly-selected timber workers

“The group worked in the industry before the late 1980s, when PCP was used. They were selected using industry records and followed to the present day to assess how many had died and how many had developed cancer,” Dr McLean says.

The second phase of the research comprised a survey including interviews and clinical examinations of 293 surviving workers.

“We went out and held clinics around the country, inviting people to turn up for a blood test, questionnaire-based interview a physical and neurological exam.

“Looking at their lifetime work history, and in particular their history of work in the timber industry, we established that about 10 per cent of the former timber workers had heavy exposure to PCP.

“People with heavy exposure to PCP were three times more likely to have respiratory disease. People with more PCP exposure also had increased prevalence of a number of other health conditions, including eczema, thyroid disorders, unexplained persistent fevers, recurrent nausea and diarrhoea, heart palpitations and low libido. Not all of these increased risks were statistically significant, because the number of workers with heavy exposure was quite small.”

Dr McLean says that as cumulative exposure increased there was also increased prevalence of neuro-psychological symptoms, including memory loss depression and tiredness.

“This is an indicator that there may be some damage to the central nervous system, in this case at a level similar to that of people heavily exposed to solvents. The concern is that we’re measuring sub-clinical changes but that in people of this age there may be repercussions because they will have reduced capacity to compensate for the effects of ageing.”

“Comparisons of the intensity and years of exposure also saw a very clear dose-rate relationship – people who mixed the solutions, handled the timber and cleaned the sludge in the dip tank with the highest levels.”

The tests showed that the exposed workers had dioxin levels about the same as those observed in former long-term Paritutu residents while SWAP members had levels around twice that.

The report can be found at: http://www.dol.govt.nz/publication-view.asp?ID=249