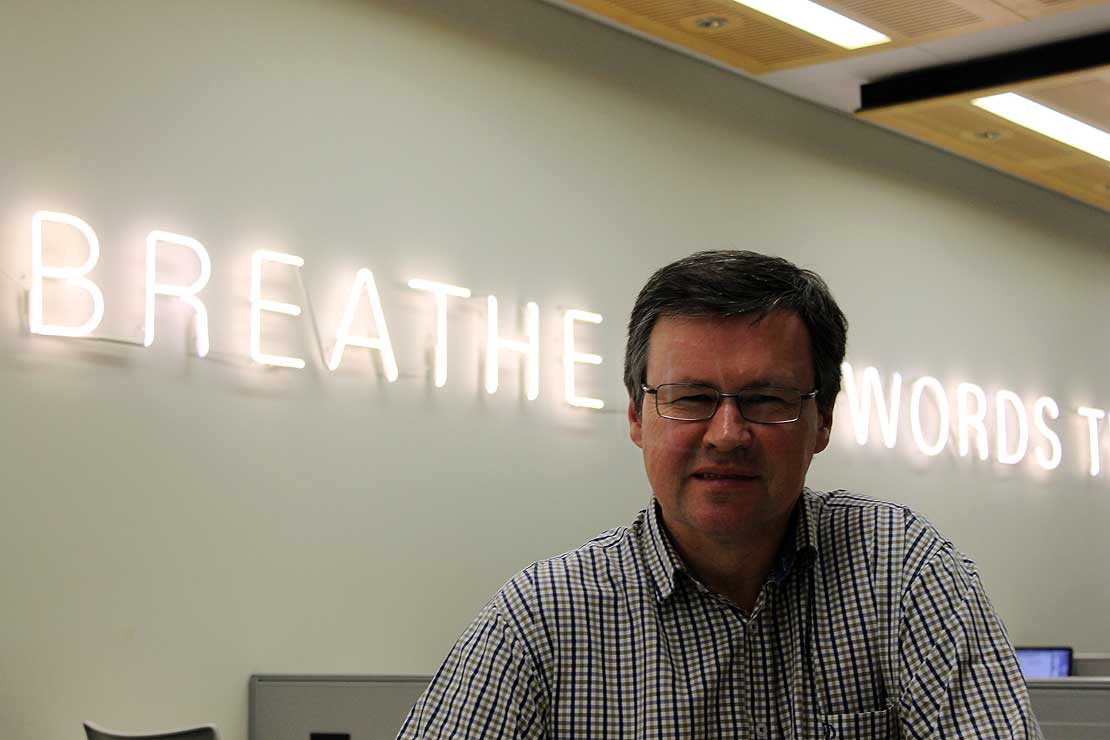 ‘Machinery for imagining’ in Poetry NZ 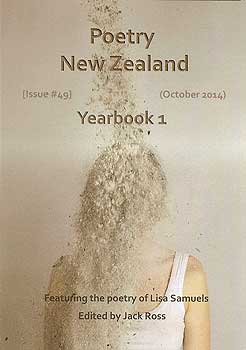 An adolescent's poem on bullying, and experimental works by an American poetics professor echo the diverse voices in the first edition of the country’s longest-running poetry journal to be published by Massey University.

The 49th issue since the journal originated in 1951, its new incarnation under managing editor Dr Jack Ross will be launched at the Albany campus on October 31.

The “bumper” selection of 117 poems by 93 poets (including 11 by feature poet Lisa Samuels) was siphoned from well over a thousand submissions sent in via post and email. Two essays, a review and brief notices of 25 new poetry books and magazines are also included.

Ross – a poet, editor and critic who teaches fiction, poetry, and travel writing in the School of English and Media Studies  – replaces distinguished poet, anthologist, fiction-writer, critic and retiring editor Alistair Paterson, who held the role of Poetry New Zealand’s editor for 21 years.

He suspects his choice of “extravagantly experimental” Lisa Samuels as the featured poet could be controversial. That the University of Auckland-based writer’s work is considered “difficult”, even by some connoisseurs of poetry, should not be an impediment to publication, he says. “As if being easy were some kind of duty for writers, to be ignored at their peril!” he comments in his introduction.

He says Samuels’ poetry sparks questions about how, not just what, poetry communicates.

In an interview in the book, Samuels describes her approach to writing poetry as capturing what she calls “the dispersed inexplicable” – or the fragmented, disordered observations and thoughts that flit through our minds when not focussed on a specific task.

“I want to represent the dispersed inexplicable, since that for me is the most real,” she says.

She also “loves sound”, and much of her meaning can be understood through hearing her poetry, which she says is “like machinery for imagining”.

The choice of a poem by an 11-year-old girl, titled Life is Unfair, indicates his open-minded approach as editor.

Although it is “without artifice”, he hopes the publication of the poem about being bullied and misunderstood might persuade its author that “the world is not an entirely malign place, and that the best way to react to injustice is to put it on record”.

He didn't include it because it was “good for an 11-year-old” or a “good start” but because “I thought it was a good poem. End of story. All the other poems in this journal are here for the same reason”.

With a shift to producing one substantial edition, as opposed to two slimmer volumes a year, Poetry New Zealand is an ideal platform for diverse voices and styles, says Ross.

While most of the contributions are by New Zealand writers and written in English, there are several translated poems, including in Chinese, French and Portuguese. Work by poets from the United States, Australia, Ireland, England, Scotland, Russia and Singapore highlight the journal’s status as an international publication.

A re-designed cover has replaced the traditional feature poet’s portrait. For his first edition, Ross has chosen a photographed image called Stream of Thoughts, by a young Auckland artist, Renee Bevan.

“It represents a year's worth of her diaries reduced to ashes and poured over her head,” says Ross. “That’s the kind of ‘blaze of glory’ I think appropriately characterises a successful poem”.

With its mission to present the work of “talented newcomers and developing writers as well as that of established leaders in the field”, Ross says he is above all seeking “a freshness of outlook.”

“There has to be something about each poem that makes me ask the question; ‘Is this a poem?’”

An element of surprise is essential too. Revealingly, a poem by Christchurch-based Chinese poet Wei Sun contains his favourite line in the book, from the poem titled OCD and Conversations with Cat; “Holy shit! A talking cat!”

In other words, expect to be surprised.

Poetry New Zealand Yearbook 1 [PNZ issue #49] is available from the Poetry NZ website at http://www.poetrynz.net/, as well as from bookshops such as Unity Books in Auckland and Wellington.