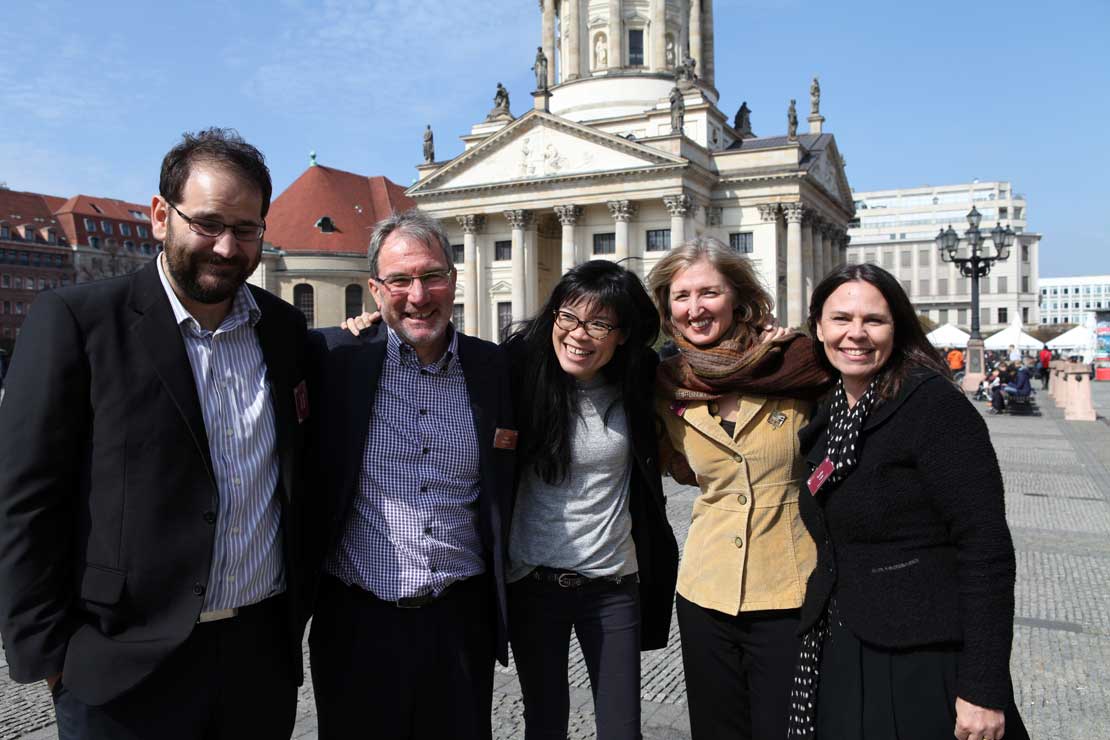 How communities and institutions – from the police and community groups to political parties – adapt to Auckland’s ‘super-diversity’ is the focus of a major study involving Massey University.

Distinguished Professor Paul Spoonley, a sociologist, is a principal investigator along with colleagues Associate Professor Robin Peace, Professor Natalie Jackson and Dr Angelique Praat in a six-year, $5.5m study into the impacts of massive demographic changes in New Zealand. A key focus will be Auckland, where one in four people were born outside the country.

Super-diversity is the “new reality” that defines Auckland, Professor Spoonley says. And it is the reason the city is included in an international, German-based study on understanding the implications of urban super-diversity. Other cities in the study are New York, Singapore and Johannesburg.

Professor Spoonley says the speed and scale of population change in Auckland is having a profound impact on the way people live. “But our institutions are not necessarily keeping up with the changes in many cases,” he says. “Our political parties are struggling to know how to prepare for super-diverse constituencies.”

Being able to eat yum cha for lunch, hear people chat in Mandarin, Spanish or Arabic on the bus, or opting to seek treatment from a Chinese herbal medicine practitioner are all manifestations of the “everyday cosmopolitanism” that is now intrinsic to life in super-diverse Auckland, he says.

According to Statistics New Zealand’s latest census from 2013, there are 213 ethnic groups represented in New Zealand. Significant changes were the size of the non-majority populations, with 23 per cent of Auckland now Asian.

In light of these developments, the need for government, schools, health providers, sporting agencies and other key organisations to engage with new migrants from diverse backgrounds is critical, Professor Spoonley says.

Political parties across the spectrum also need to engage with sizeable new migrant communities from China and India as well as many other Asian, African, Middle Eastern and European groups to ensure a healthy, inclusive democracy, he says.

Professor Spoonley, Pro Vice-Chancellor for the College of Humanities and Social Sciences, says the $5.5m in funding from the Ministry of Business, Innovation and Employment for the Waikato and Massey University project on diversity in New Zealand (titled Capturing the Diversity Dividend, or CaDDANZ) will be used for a range of projects that will ultimately provide new insights to help guide policy development.

Starting in Auckland, researchers will focus on a notably ethnically diverse suburb to interview and film residents about how they perceive, interact with and understand other cultures in their neighbourhood.

While divisions and conflict between majority host populations and newly arriving migrant groups has plagued Britain and some European nations, as well as Canada and Australia, Professor Spoonley says New Zealand is better prepared. Since the 1970s, New Zealanders – and our institutions – have sought to recognise Māori protocols, values, culture, perspectives and language as inherent to our national identity.

New Zealand’s bicultural framework, founded on the Treaty of Waitangi, provides a precedent for cultures and languages other than English to be formally accorded rights, recognition and respect, he says.

“What does it meant to be a New Zealander in the 21st century? The question is the same [as in the 1970s and 1980s], but the answer is going to be different,” Professor Spoonley says.

He has just returned from Berlin, where he was one of a handful of social scientists to present a master class to top international researchers at the Academy of Urban Super-diversity, hosted by the Max Planck Institute and the European Research Council at the Berlin-Brandenburg Academy of Sciences. Four other researchers from New Zealand (three from Massey and one from Waikato) also took part.

Auckland has joined three other super-diverse cities (Singapore, Johannesberg and New York) in a study following the signing of a Memorandum of Understanding last year between Massey University and the Max Planck Institute for the Study of Religious and Ethnic Diversity in Germany.