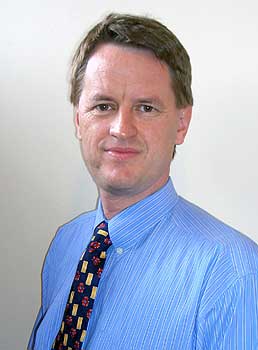 Research by Massey University academics has found that New Zealanders are under-insured by about $650 billion.

Modelling data from Nielsen’s research, the study estimates the total level of under-insurance at:
FSC chief executive Peter Neilson says the research paints a picture of serious financial risk for New Zealanders and their families should an income earner die or suffer a serious illness like cancer, heart attack, or stroke.

The FSC commissioned research saw 2000 respondents complete an online survey reporting their current insurance, perceived insurance needs and reasons for not having insurance. Massey University subsequently quantified the extent of under-insurance for New Zealanders and the national cost of under-insurance to the Government.

Dr Michael Naylor from Massey’s School of Economics and Finance says he and his colleagues found most New Zealand families have high levels of financial vulnerability to medium or long-term disability.

The Nielsen results also indicated that the burden of under-insurance would be likely to fall on the family of those affected by serious illness, with nearly 40 per cent of respondents indicating that family would have to bear the weight of supporting them financially if the family unit’s first income earner were to die suddenly or suffer a long-term illness. This is despite the fact that 82 per cent of the respondents’ family units had two income earners.

The perception that insurance premiums were unaffordable was reported as the major barrier to taking out insurance, with 36 per cent of respondents in the Nielsen survey indicating they were prevented from having adequate cover in some way. Many respondents said they believed the Government would provide for them via ACC in the event of a serious injury or sickness.

Nearly two-thirds of respondents (60 per cent), primarily those in the 18-29 year old age group, indicated that understanding the level of insurance that they needed was just “too hard”. A corresponding lack of savings in this age group left these family units most exposed to risk should a sudden death or serious injury or illness occur.

In addition, a sizable gap existed between the current insurance cover reported by survey respondents and the level of cover they felt they should ideally have, particularly in terms of income protection and permanent disability insurance. At least 25 per cent of respondents reported feeling underinsured to some extent.

While the vast majority (90 per cent) of respondents had some form of general insurance (for example, car, house or contents) only 56 per cent had life insurance and even fewer (21 per cent) had income protection or disability insurance.

The report concluded that while there was a high rate of life insurance ownership within families, there was often a disconnect between the level of cover and the actual cover levels needed.

“This means that levels of life cover are often poorly chosen with little relationship between ideal cover and actual cover. This often included over-insurance of the life of the secondary income earner,” says Dr Naylor.

“Families need to review their cover levels regularly and to be aware that while ACC provide disability cover for accidents it does not provide cover for illness, which is statistically more likely.”

Dr Naylor and his colleagues, Dr Claire Matthews and Dr Stuart Birks, also suggested that life and income protection insurance be bundled into KiwiSaver to boost coverage of the most vulnerable. That recommendation was included as an option for consideration in the FSC’s Pensions for the 21st Century report on KiwiSaver released last year.