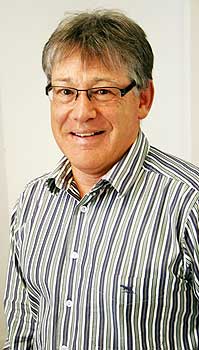 A health research project led by a Massey epidemiologist investigating links between the environment and disease has been awarded $1.5 million by the Ministry of Health.

The environmental health indicators project, monitors the effect of environmental factors including air and water quality, transport, energy consumption, housing and chemical exposures, on the health of New Zealanders.

Associate Professor Barry Borman from Massey’s Centre for Public Health Research says other issues being investigated would include the health effect of dairy run-off into rivers and the long-term effects to people of the aftermath of a natural disaster like an earthquake.

The research is being carried out over three years with the support of the Institute of Veterinary, Animal and Biomedical Sciences at Massey University.

“A lot of the issues come back to the question of the interaction between humans and animals and how these impact on the wider environment,” Dr Borman says.

The establishment of a hazardous surveillance system tracking statistical data showing how many New Zealanders have been exposed to dangerous goods and chemicals is also part of the research project.

The trial of the innovative reporting tool will allow the data on patient exposure to hazardous substances, to be collected from general practices throughout New Zealand and analysed and distributed by Centre staff.

It is being collected in partnership with Best Practice Advocacy Centre Inc (BPAC Inc).

Dr Borman says the innovation will lead to better prevention of disease and injury in the workplace and greater collaboration between university staff and health authorities too.

The availability of the reporting tool has huge implications in terms of knowing who typically is exposed to hazardous substances, where it happens and also what organisations can do to mitigate the compliance costs of such incidents, he says.

At present there was “ a piecemeal approach” he says but the new system would enable data about a patient exposed to a hazardous substance to be processed and then analysed regardless of whether they had to be hospitalised.

“To be useful, public health surveillance must be approached as a scientific enterprise, applying rigorous methods to address critical public health concerns, Surveillance is essentially the provision of information for public health action,” Dr Borman says.

Trials for the new system will start at two centres later this year.

The funding further cemented the Centre’s growing reputation as the hub of environmental health in New Zealand, he says. It includes conducting a number of epidemiological studies, teaching annual postgraduate courses and short courses course on environmental health and providing a technical consultancy and analysis service to a number of agencies.

The Centre is also currently collaborating on numerous environmental research projects with the University of Calgary in Alberta, Canada.