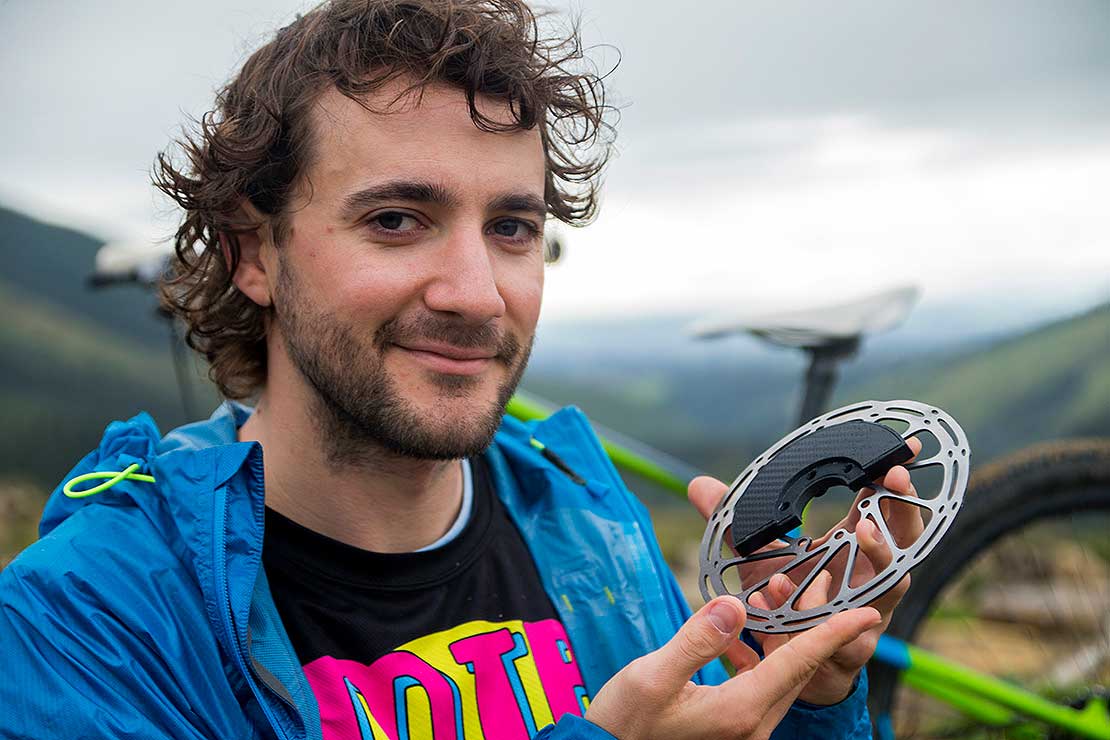 The invention allows cyclists to accurately quantify braking, analyse their braking patterns, and use the data to train their braking style to shave minutes off their lap time.

A patent protects the technology and Mr Miller is speaking with bike manufacturers and suppliers already interested in the product. A second prototype is currently under construction by Dr Frazer Noble and Neil Payne from Massey’s School of Engineering and Advanced Technology.

Mr Miller and Dr Fink have spent more than two years researching the importance braking has on mountain bike race performance and rider fatigue. Mr Miller says it improves riders’ performance by enabling them to target braking training, resulting in increased speed and performance. “We took several national-level mountain bikers and had them repeat a descent without pedaling. Not only was there huge variation in the time it took them to complete this descent, but there were also differences in their braking as they practiced the track more.”

He says top mountain bikers and trainers are keen to get their hands on the meter as soon as possible, to give them a competitive edge. Seamus Powell, a professional mountain bike racer from the Giant Factory Off-Road Team has been training with a drivetrain-based power meter for years, and thinks that being able to analyse his braking could improve his descending performance.

Harlan Price, a Professional Mountain Bike Instructors Association skills coach says, “Braking is one of the first things we address when trying to improve a rider’s skill, but we have never had any way to give hard numbers on this.”

Drawing on his ten-plus years of elite mountain bike racing in America, Mr Miller says the Brake Power Meter is a game-changer for the industry. “What wins races? Speed. Speed is a result of how hard you pedal [propulsive power] and how little you slow down. Changing your speed depends on how fit, or unfit you are, and of course how much you brake. We think braking indicates the level of a rider’s skill.

"So far, cyclists have only been able to measure propulsive power using power meters, and analyse this data to focus training on improving their fitness. But we have uncovered distinct braking pattern differences between trained mountain bikers and untrained, which indicates that focusing on skill training could make riders faster as well.”

He is expecting huge interest from the market for this technology, likely to result in successful sales once the Kiwi product is commercialised.

Giant Bikes New Zealand supplied Mr Miller and his team with top-level bikes for the testing. Mr Miller was supervised by Dr Phil Fink, Professor Steve Stannard and Dr Paul Macdermid from the School of Sport and Exercise.