'Elections are bad for business' 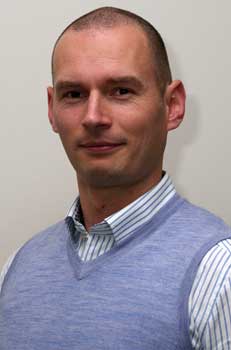 Dr Alexander Molchanov is one of the authors of a study into
how politics impacts on the business sector.

Elections are bad for business because economic uncertainty increases during political campaigns, according to a newly-published study by a Massey University researcher.

Senior finance lecturer Dr Alexander Molchanov, of the School of Economics and Finance at Albany, was part of a team that studied stock market volatility across 50 countries in the six-month lead up to an election and the year after.

They found countries that hold national elections have more volatile economies than autocracies because investors and businesses are put off by the risks associated with political uncertainty. Furthermore, the study found that markets do not always settle down the year after an election.

“Export-oriented industries in particular, such as we have in New Zealand, show higher volatility when political risks are high,” says Dr Molchanov.

They also found labour-intensive industries had higher volatility when left-wing governments were in power or when labour laws were stricter, he says.

The researchers say the study settles the argument of whether political outcomes influence stock market volatility.

It is believed to be the first paper to analyse the impact of political events on return volatility over such a large set of countries.