Eight children were recorded as having absorbed lead in 2014. The most common source of exposure was lead-based paint. 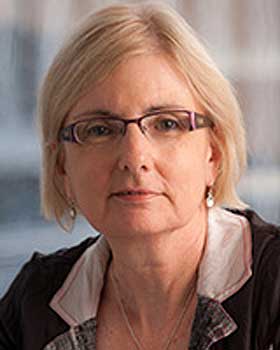 Lead poisoning notifications for children in 2014 continue to highlight the risk from exposure to lead-based paint for Kiwi kids.

In 2014 there were 130 lead notifications. Exposure to lead-based paint was the most common source for both adults and children. There were 56 lead notifications involving workplace exposure, and 79 notifications from non-occupational exposure. Eight of those occurred in children aged under 15 years.

The figures, from the National Hazardous Substances and Lead Notifications January to December 2014 report, were recently presented to the Ministry of Health by staff from Massey’s Centre for Public Health Research.

Associate Professor Deborah Read, who was involved in the report, says lead notifications fluctuate from year to year, but the main source of exposure continues to be from lead in old paint. “Homeowners need to take care when preparing pre-1980s houses for repainting to ensure they do so safely. I would suggest getting advice from paint retailers or public health units before starting any renovations.”

She says lead can be very harmful to young children because of their developing nervous systems. “Young children who have a small amount of lead in their bodies don’t show signs of any obvious illness but the lead may interfere with brain development and result in later learning difficulties. Higher amounts cause a range of non-specific symptoms such as stomach pains, difficulty sleeping, constipation and loss of appetite.

“There are many causes of these symptoms other than lead so it’s important to seek medical advice if parents are concerned about their child. If untreated, very high blood lead levels can result in seizures and even death.”

- Of the 79 non-occupational lead absorption notifications, eight were recorded in children under the age of 15 years. This number is down on 2013, where there were 13 child lead notifications.

- There were two lead-based paint exposure events that involved two children each. Pica – an eating disorder characterised by a craving for non-food items – was reported for another two cases and both children suffered from autism. Another child was reported with elevated blood lead after playing in lead-contaminated soil. The remaining notification involved a two-month-old child (the youngest in the group), however the source of lead exposure was not recorded.

- The most common occupational exposures affected painters (30 per cent), metal workers (8 per cent), and mechanics (7 per cent). Painters also recorded the highest number of lead notifications in 2013.