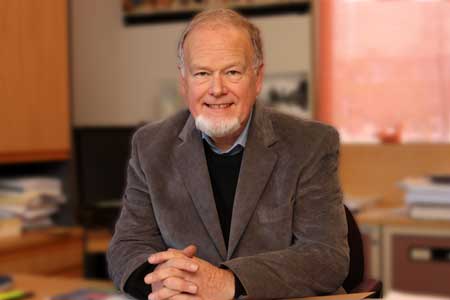 Massey University has signed a $5.2 million contract with the World Bank to provide epidemiology and biosecurity training for veterinarians and public health workers in Asia.

The training will build capacity in the region that will improve recognition of and response to epidemic outbreaks – the first of four similar contracts being negotiated with the bank potentially worth more than $32 million.

Veterinary science and public health specialists have begun teaching postgraduate master's degrees in public health (biosecurity) and in veterinary medicine (biosecurity) to students in India, Pakistan, Sri Lanka, Bangladesh, Afghanistan and Nepal. These are being done through a mixture of distance education and face-to-face teaching at regional sessions in Asia.

Vice-Chancellor Steve Maharey says the World Bank contract is a significant acknowledgement of Massey's unique position of offering internationally-recognised expertise in human and animal health issues, through its Veterinary, Animal and Biomedical Sciences Institute, based in Manawatu, and its Centre for Public Health Research, based in Wellington.

"In the past decade there has been an upsurge in infectious diseases that affect people and animals, such as bird flu, swine flu, HIV/Aids, bovine spongiform encephalopathy [BSE] and severe acute respiratory syndrome [SARS]," Mr Maharey says. "In many, animals have been the initial source of infection.

"Throughout the world there is a need to provide public health doctors and veterinarians with additional skills to respond effectively to these challenges. But in developing countries particularly there have been difficulties in providing access to that training."

Mr Maharey says the University has recognised and is responding to the need to diversify its income streams.

The World Bank is acting as administrator for funds donated by the European Commission under the Avian and Human Influenza Trust Fund. Other countries identified as potential beneficiaries of the agreement are Afghanistan and Bhutan.

Mr Maharey says Professor Emeritus Roger Morris, a world renowned specialist in epidemiology who has been at the frontline of efforts to combat the bird flu epidemic since 2005, deserved special credit for recognising the opportunity and  putting the case for Massey to deliver the expertise required. Professor Morris also worked closely with the British Government in the efforts to contain the foot and mouth epidemic there since 2001. Professor Morris is former director of the EpiCentre, part of the Institute of Veterinary, Animal and Biomedical Sciences.

Further phases of the contract will involve offering the degree programme – currently in English – in Chinese and Russian. The World Bank has committed to sponsoring 250 students over the coming three years. So far 70 have enrolled.