The qualitative study explores the perspectives and experiences of older New Zealanders' food intake to understand factors that can lead to malnutrition. 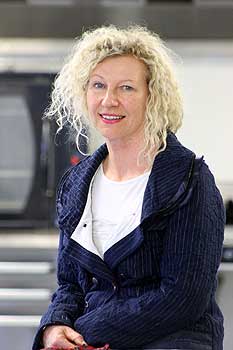 The qualitative study, Eating less the logical thing to do? Vulnerability to malnutrition with advancing age, was recently published in the international research journal Appetite. It was completed by researchers at Massey’s School of Sport, Exercise and Nutrition, led by Associate Professor Carol Wham.

The research explores the perspectives and experiences of older New Zealanders’ food intake to understand factors that may lead to malnutrition.

“We know there is a problem with malnutrition among vulnerable older people who live in their own homes and this study goes some way to understanding this in more detail so we can begin to plan and implement strategies to address the problem.”

Some participants reported they probably ate only half of what they had eaten in the past. Almost all participants ate less because they thought it was the logical thing to do given that they undertake less physical activity. Their low appetites mean they rarely feel hungry and many regarded eating as a chore. While being around others encouraged eating, if someone was caring for a sick spouse, or were in a stressful situation, this reduced their appetite too.

Many were conscious of healthy eating and were focused on consuming more vegetables, while reducing their fat and sugar intake. Several said they had a preference for food they had grown up with, but could no longer readily access, or needed to avoid particular foods because of illnesses, food intolerance and chewing difficulties.

Dr Wham says not eating enough food is a challenge to maintaining a healthy weight, especially when multiple factors combine like illness, reduced mobility and barriers such as not having access to preferred foods. Weight loss leads to a loss of muscle mass and strength and problems associated with frailty.

“Participants were purposively selected to represent ethnic diversity and on the basis of presence or absence of chronic conditions. Several respondents had multiple conditions such as hypertension, arthritis, gout, high blood sugar or cholesterol; most identified as having an illness severity of moderate or severe.”

Dr Wham says identifying those who are at risk of malnutrition is an important first step. Then, people’s vulnerability to malnutrition can be reduced through focusing on individual perceptions and behaviours.

The study showed improving physical function among vulnerable older adults may be paramount in preventing decreased food intake, while encouraging appetising energy drinks or snacks could also help. Social support to maintain the health and resilience of older carers is also critical to ensuring their eating habits aren’t compromised while caring for a spouse. Caregivers play an important role but they need to receive health and nutrition training.

“Given New Zealand’s ageing population and encouragement for older people to live in their own homes as long as possible, it is an increasingly important challenge to overcome,” Dr Wham says. “It’s about increasing older people’s quality of life, of which nutrition play an important part.”

The research was undertaken by PhD student Idah Chatindiara from the University’s School of Sport, Exercise and Nutrition as part of her doctorate evaluating nutrition risk and intervening to encourage healthy eating.