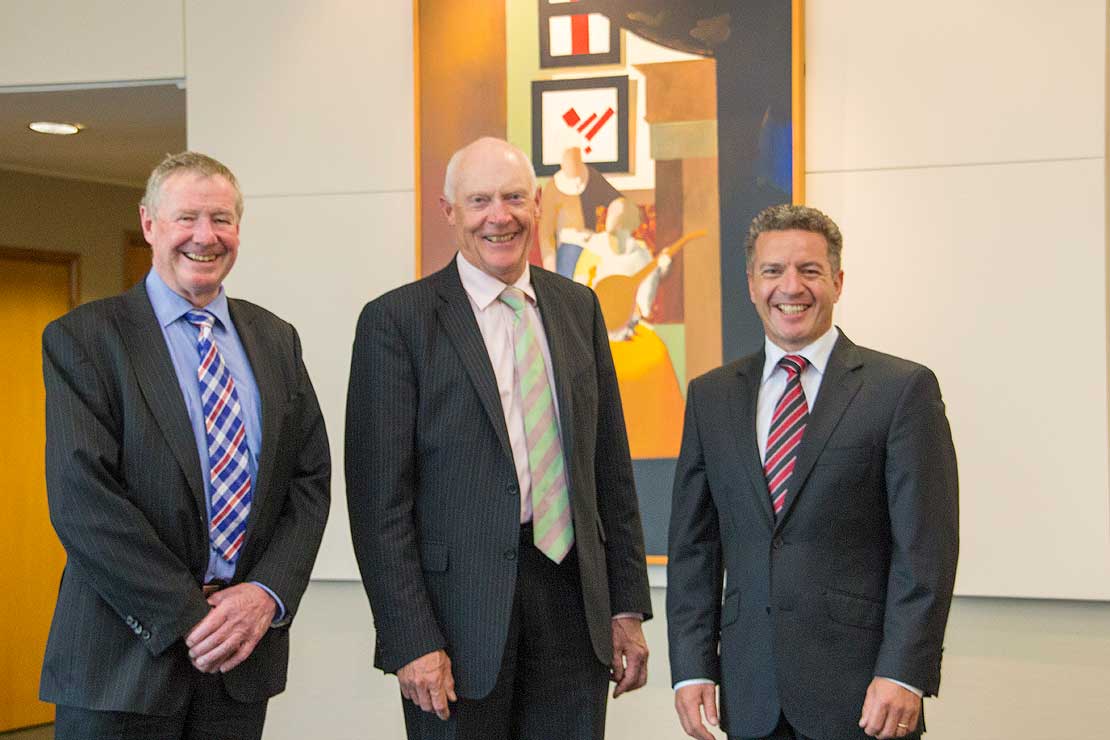 Mr Kelly replaces Dr Russ Ballard, who has been Chancellor for the past five years. Mr Kelly is a veterinary science graduate of Massey and highly regarded New Zealand business leader with multiple directorships. This year he retired as chief executive of state-owned Landcorp Farming Ltd, a role he was in for 12 years. He has been on the University Council since August 2005 and has been Pro Chancellor – deputy chair of the council – since July last year.

The University's new Pro Chancellor is Michael Ahie, also from Wellington. Mr Ahie (Taranaki, Ngā Ruahine and Ngāti Ruanui) is chairman of Plant and Food Research and holds multiple directorships, including the BioCommerce Centre, AltusQ New Zealand Ltd and Farmers Mutual Group. He has been a ministerial appointee to the council since December last year.

Mr Kelly expressed council members' "sincere appreciation" for Dr Ballard's "great work". Dr Ballard said "it has been a pleasure", congratulated Mr Kelly and Mr Ahie and wished them well in the roles. He will remain a member of the council.

Mr Kelly's first formal role will be to officiate over next week's special Veterinary Science graduation ceremony in Manawatū, which marks 50 years of Massey's Vet School.