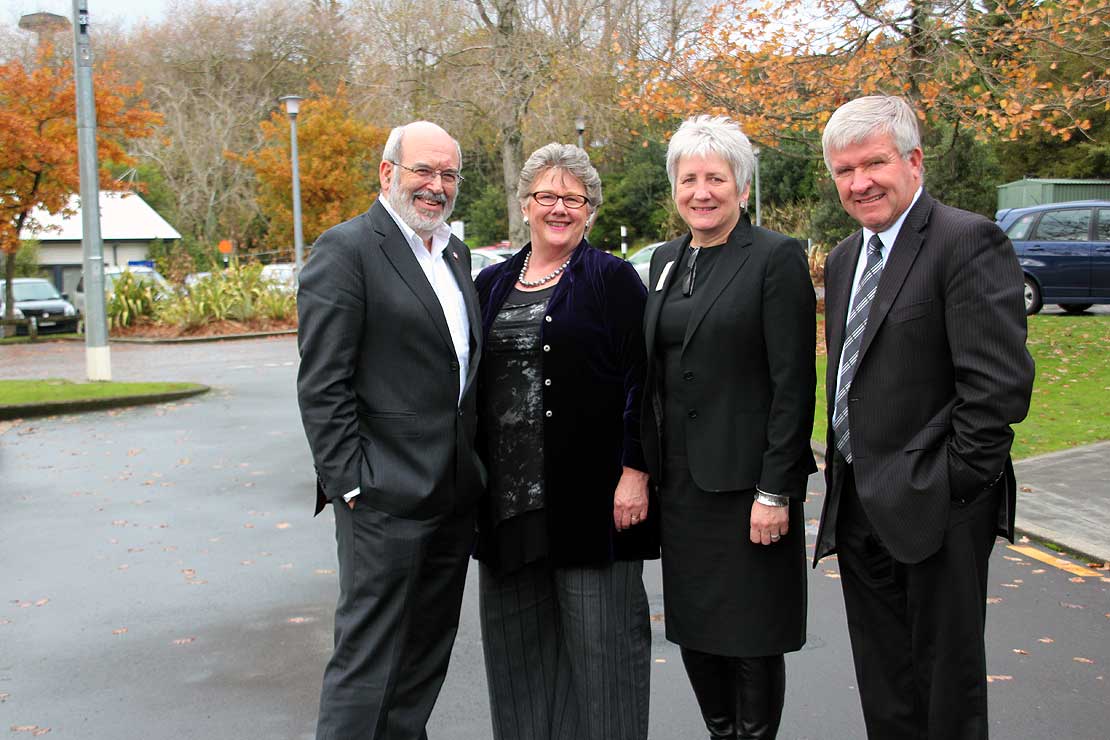 A large audience of Massey staff, alumni and members of the local community including school principals, business representatives and local body politicians attended a presentation of the national science challenges by the Prime Minister's chief science adviser Sir Peter Gluckman at the Manawatū campus today.

Sir Peter said the challenges aimed to work outside the silos that currently exist between science disciplines and institutions. "Most innovation happens on the boundary between disciplines," he said. He also said that New Zealand, as a small country, had to work with international partnerships to achieve some of the challenges and also get used to working in longer time frames than the usual two to three years most projects are funded and planned over.

He said critics of the challenges had focused on the headlines and not considered the detail. The challenges might appear "self evident" but the panel responsible for them had considered details of the opportunities they would provide, the themes researchers might engage in and the types of research they would involve.

They were not about spreading small amounts of money widely across the sector. Once big goals within each challenge had been identified workshops would be held to get a consensus among scientists about those goals. Small groups of scientists would be identified as lead scientists for each project.

In answer to questions, Sir Peter said the additional funding – which represents 5 per cent of the science budget – for the challenges would not subsume other science funding but there would be alignments with some, but not all, existing funding.

In another answer, he said all the challenges were considered to relate to Māori and Pasifika.