Dr Mark Avis and his colleagues asked people to ascribe personality traits to rocks – and they obliged. 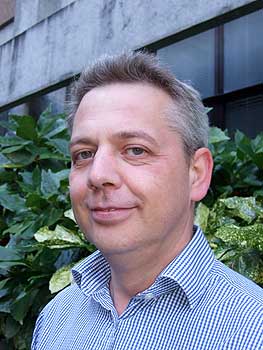 A Massey University marketing lecturer has received the 2016 Ig Nobel Prize for economics for a research project that asked university students to describe the “brand personalities” of three rocks.

Dr Mark Avis, along with co-authors Dr Shelagh Ferguson from University of Otago and Dr Sarah Forbes from University of Birmingham, won a $10 trillion Zimbabwean bill (worth about 50 cents) for a paper that critiqued the brand personality scales commonly used in marketing research.

The Ig Nobel Prizes honour “achievements that make people laugh, and then think”, celebrating the unusual and imaginative to spur people's interest in science, medicine, and technology. At the end of every September, in a gala ceremony at Harvard University, the Ig Nobel Prize winners accept their awards from genuine Nobel laureates.

Dr Avis says he and his colleagues were happy to win the award but he wants people to understand the serious findngs behind the amusing premise.

‘We always knew that our research project was unusual, as it is not often you get people to evaluate the sincerity of a rock,” he says. “We could see the humour in this when devising and conducting the research, but the underlying message of the research is more worrying than amusing.”

It seems 'personality' can be ascribed to almost anything

Pictures of three rocks were put in front of 225 New Zealand students who were then asked which personality traits applied to each. The rocks’ “personalities” were described in great detail, including as “a big New York type businessman, rich, smooth, maybe a little shady”, “a gypsy or a traveller, a hippie” and “liberal, attractive and female”.

“We showed that, for a gift of some chocolate, research participants will be absurdly collaborative,” Dr Avis says. “We also have research results which, if it were not methodological research, would statistically support the idea that people think of rocks as, for example, intelligent, honest and friendly.”

He says the group are currently working on a follow-up paper, based on additional research, which looks at the issues raised from a broader perspective.