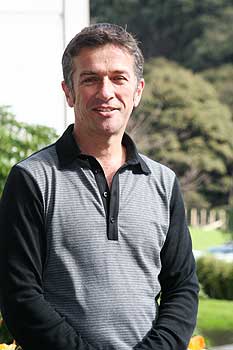 The referendum, taking place at the same time as the November 26 general election, allows people to have a say on the type of voting system used to elect our Parliament.

Dr Duncan says the nation’s preoccupation with the Rugby World Cup has meant there is little time left for voters to get to grips with complexities and comparisons of the five options they are being asked to choose from.

“With only a month between the end of the Rugby World Cup and the general election, voters have been left with little time to digest the information about the referendum on the electoral system,” he says.

“Some people I've spoken to are unaware that there is to be a referendum on MMP [Mixed Member Proportional], and an official leaflet that was posted to our letter-boxes recently may have ended up in recycling bins before being read. Many of those who do know about the referendum have the mistaken impression that it’s about either keeping MMP or going back to the old first-past-the-post system. In fact, there are five options on offer.”

He suspects many voters will simply opt for MMP because it is the current model and familiar to them, while the alternatives, which include Preferential Voting (PV), Single Transferable Vote (STV), First-Past-the-Post (FPP) and Supplementary Member (SM), are too intricate to be easily and quickly understood.

“The technical details of each system, and the implications of the differences between them, are quite complex. It’s asking a lot of people to make an informed choice, and I’m afraid that voters may become easy prey for self-interested political lobby-groups when making up their minds.

“Given the importance of the decision, there is some urgency in ensuring that impartial information and public debate about the alternatives can get through so that New Zealanders make an informed choice. It would be a pity if voters get put off voting in the referendum due to a lack of understanding, or become influenced by any misinformation put out by lobby groups.

While a public debate was held at Te Papa last week, and broadcast on National Radio, Dr Duncan did not think issues and ideas raised there would reach enough people in time.

“Such public debates tend to be dominated by politicians, present or retired, who advocate for the options that suit their own political interests.”