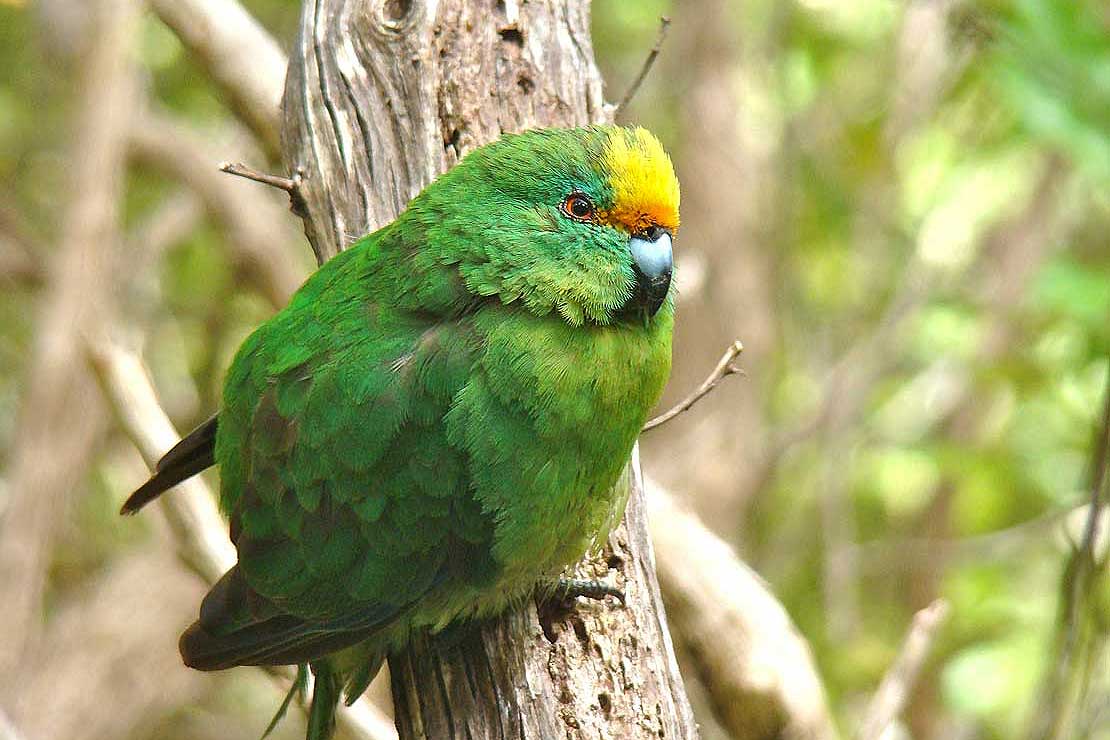 Focusing on conservation of orange-fronted parakeets

Photographing the endangered orange-fronted parakeets will be easier for Massey University researchers with the awarding of $5000 in Canon products from this year’s Canon Environmental Grants programme.

Ecology, Behaviour and Conservation Group researcher Dr Luis Ortiz- Catedral says the grant is a great help with their research on the rare orange-fronted parakeets, allowing them to photograph the birds at specific feeding and nesting site over an 18-month period, which facilitates identification of breeding pairs and young individuals recruited into the breeding pool.

“Estimating the number of orange-fronted parakeets on various islands requires high-resolution images of individuals to allow for recognition,” he says. “This makes it possible to map breeding territories of pairs and estimate approximate densities of these endemic birds. This generous support will enable us to advance an ambitious project on one of New Zealand’s most enigmatic forest birds.”

More correctly known as Malherbe’s parakeets (Cyanoramphus malherbi) or kākāriki karaka, the birds are currently listed as critically endangered, with estimations of between 300–500 birds left in the world. Since 2007, Dr Ortiz-Catedral has worked on translocating captive-bred birds to predator-free Maud Island in the Marlborough Sounds in order to rebuild the population size of the species. This species has been recognised as distinct from other Cyanoramphus only in the last 13 years.

The Canon equipment will allow accurate identification of the parakeets for inclusion in a national database, and also assist in detailing a reliable habitat and climate guide.

Managing Director of Canon New Zealand Mr Yusuke Mizoguchi says it is great to be able to support the protection of New Zealand’s precious native species. “It is exciting to know that Canon equipment will be used to help monitor and rejuvenate parakeet populations and threatened wildlife in New Zealand.”

The Canon funding is the latest award for this high-profile project which has also received support from JS Watson Trust (Forest and Bird), Auckland Conservation Fund, Mohamed bin Zayed Species Conservation Trust and the Brian Mason Trust, amounting to $40,000 worth of research funds.

Dr Ortiz-Catedral and his team will be spending this coming summer monitoring the parakeets on Maud, Chalky, Blumine and Tuhua Islands in the first nationwide attempt to produce an accurate estimate of population sizes on translocated populations of this charismatic species.