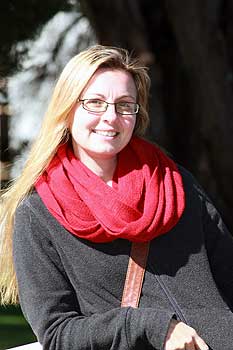 New migrants should be supported to speak their own language to ensure their children develop a strong cultural identity, says a Massey University linguist critical of a government report on the subject.

The report’s focus on the importance of English language skills for employment is valid, but it overlooks the intrinsic value of heritage language for family relationships, Dr Berardi-Wiltshire says. “We have over 160 languages spoken in New Zealand. It’s time we had a national languages policy — a key document that formally recognises the linguistic diversity of our population, and provides orientation and clear guidelines on their place and value in our society.

“It’s crucial for [non-English speaking] parents to feel vindicated in speaking their own language with their children. We're talking about the transfer of cultural knowledge, which can be crucial to the healthy development of children of immigrant background. Language carries deep cultural roots and the foundations of identity.”

“Consequently, very few migrants or their descendants born in New Zealand will be able to read, write and speak proficiently in both English and their heritage language,” the report says.

This message has worried Dr Berardi-Wiltshire and other academic linguists, who have expressed their concerns to the department. They say the report’s recommendations are not supported by research, and that heritage language maintenance is vital for the well-being and inter-generational relationships of migrants. She says teenagers of some migrants would be vulnerable to experiencing confusion or a “shaky” sense of identity if their parents felt their heritage language was a barrier rather than a benefit to their children. “The advantages of bilingualism are well-documented.”

She says the report’s apparent lack of understanding about the value of heritage languages in an era of high immmigration and increasing cultural diversity showed New Zealand is out of step with similarly diverse nations such as Canada and Australia, both of which have had national languages policies in place for decades.

She is researching the language dynamics of migrant families in New Zealand whose children were born here, and aims to produce guidelines offering advice on how to navigate the pressure to adapt alongside the desire to maintain heritage languages and cultures.

College of Humanities and Social Sciences Pro Vice-Chancellor Distinguished Professor Paul Spoonley, a researcher and commentor on migration and cultural diversity, welcomes the report on language and integration as a starting point for a conversation that is overdue in New Zealand. “Heritage language maintenance is important as part of a much more diverse language landscape we are seeing in New Zealand,” Professor Spoonley says.

“Ultimately, it’s about respecting these diverse language communities, and recognising the importance of language to both individual and collective identities through maintaining language use over time and generations,” he says. “It would be great to have a much more robust and supportive language policy”.