The Future of Food Forum, hosted by the Embassy of the Netherlands in cooperation with Massey University and FoodHQ, attracted more than 100 representatives from the Dutch and New Zealand food and trade sectors.

The forum was to discuss the many links and parallels between the Netherlands and New Zealand around sustainable food commerce, agriculture and horticulture.

It was opened by Science and Innovation Minister Steven Joyce and Netherlands Minister for Economic Affairs Henk Kamp.

Mr Joyce said the future of food in New Zealand is all about diversification and adding value – "designing products which are nutritious and appeal to a wide range of consumer markets.

"Our backyard is the Asia market, and we are investing a lot in determining and responding to consumer preferences," he said. "The Government is working alongside industry, and we have a number of innovation programmes, one of course being the Primary Growth Partnership, and we have established the Food Innovation Network. We are encouraging universities to develop more in this area, and I want to acknowledge Massey University and [Vice-Chancellor] Steve Maharey for the establishment of FoodHQ in Palmerston North."

The University also renewed a memorandum of understanding with Wageningen University and Research, which Mr Joyce described as "a particularly important milestone”. 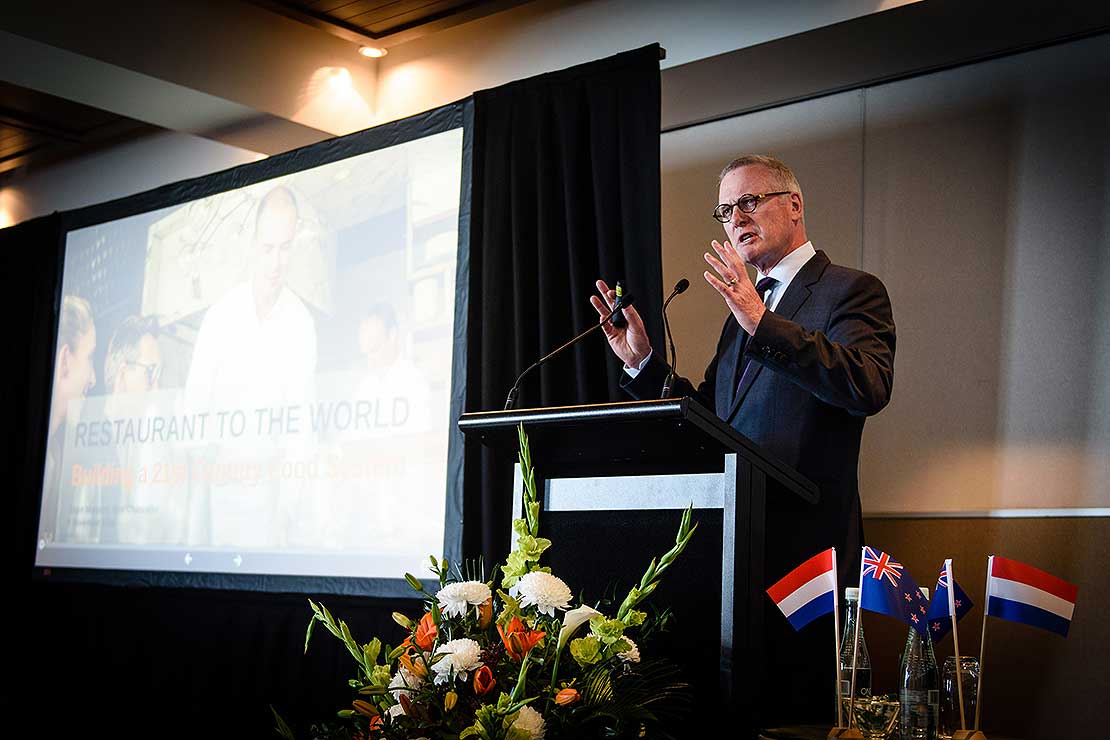 How can we feed the world?

Mr Maharey gave a presentation on his concept of taking New Zealand’s “restaurant" to the world as the population grows to more than nine billion.

Mr Maharey also joined Queen Màxima as she walked through trade booths, including one from Massey University, while King Willem-Alexander visited booths including FoodHQ, which was hosted by programme director Mark Ward. 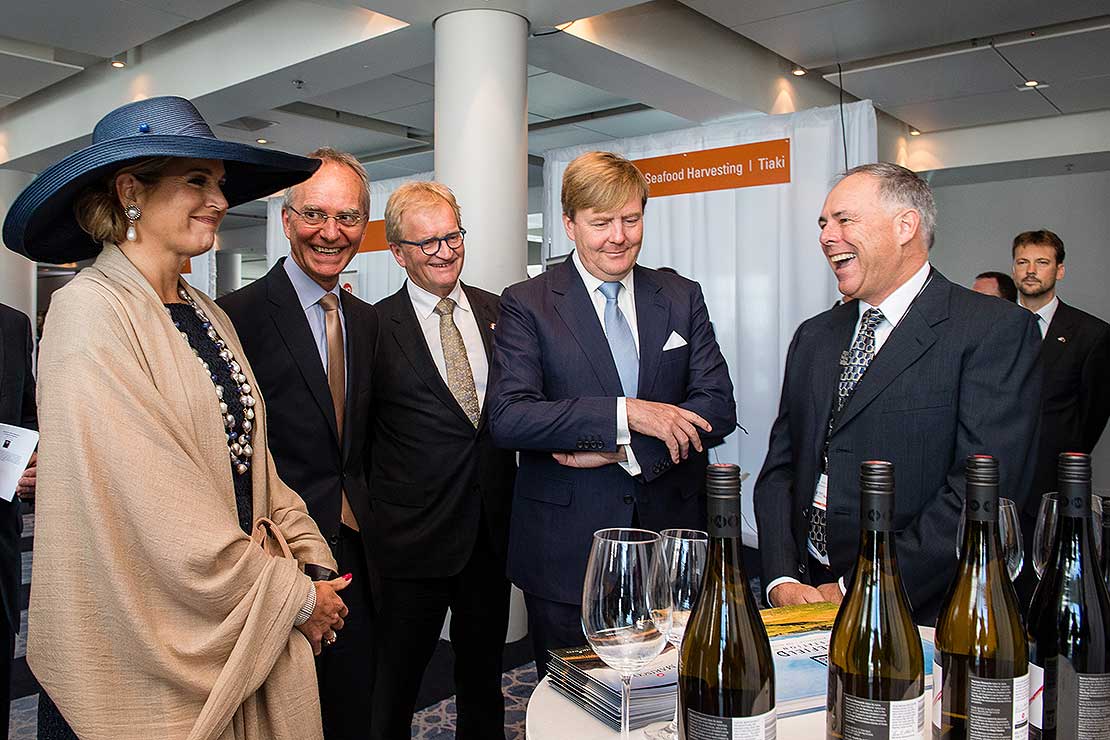 New Zealand on a plate

A trade lunch was held at the Hilton, with members of the Dutch economics delegation and representatives from the New Zealand business community. In his speech, King Willem-Alexander stated that New Zealand and the Netherlands shared the same open mentality dedicated to trade, exports and business. He also expressed his delight for the agreements signed during the visit.

The rest of the forum’s guests were treated to lunch at Sanford Seafood Ltd followed by several presentations including hearing about current research and innovation in the sector from Massey University director of agrifood business Professor Claire Massey and Sanford general manager of innovation Andrew Stanley.

The afternoon session wrapped up with a tour of the factory and its seafood cooking school.