The most numerous entity on the planet

Bacteriophages (phages for short) are the most numerous entity on the planet. Your body  and every surface that you encounter is teeming with these tiny viruses that target bacterial cells. 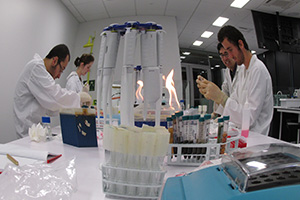 In the Hendrickson lab we are discovering, characterizing and sequencing these entities in order to learn more about the role they play in the microbial world and their diversity. We have three groups of bacteriophages that we are studying at present:

We have isolated a number of bacteriophages from New Zealand soils that target the beneficial plant associated microbe: Pseudomonas fluorescens SBW25. We are in the process of annotating these genomes and learning about the biology of these fascinating viruses: Fabio, Skullduggery and Noxifer.

We have a number of bacteriophages that have been isolated as parasites in the New Zealand dairy industry. We are sequencing these in order to learn about the genetic diversity of this pest in a primary industry. The viruses that interfere with fermentation are those that have survived the pasteurization process.

We have recently joined the HHMI SEA PHAGES program to find, characterize and sequence phages that are able to infect Mycobacterium smegmatis MC^2155. We are excited to be a part of this world wide program for finding phages that may be able to help us in the struggle against Mycobacterium tuberculosis. 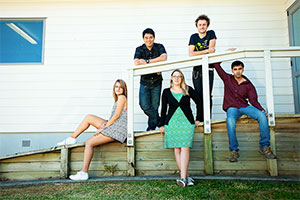