Simulating the birth of the Universe

A novel research project is leading the world of quantum simulation, in an attempt to reveal the very origins of the universe. 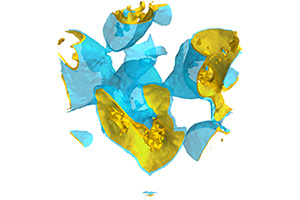 Closeup of the inside of 3D mini universes forming. 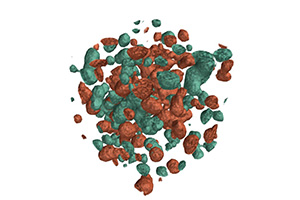 Professor Joachim Brand from Massey University’s New Zealand Institute of Advanced Study is working with a team from the Swinburne University of Technology in Melbourne to build a quantum simulator of the early Universe with ultra-cold atoms.

The idea will potentially give a much clearer idea of the different scenarios involved in the birth of the Universe for the first time.

The most popular scenarios of how the Universe might have appeared to be as it is today are known as the chaotic cosmic inflation and the false vacuum decay. There are already proposals in literature on how to simulate the chaotic cosmic inflation theory. The team is aiming to simulate the false vacuum decay for the first time.

The group is using a quantum simulator (analog quantum computer) and one controllable quantum system to investigate the behaviour and properties of another, which is less accessible.

Ultra-cold atoms (atoms cooled down very close to the absolute zero) were chosen for the research due to their promise as potential quantum simulators. Although in its infancy, other research has used ultra-cold atoms to simulate the complicated motion of electrons in solids and are being used in research simulating some subatomic processes.

This research is a truly collaborative affair, with Professor Brand working with Swinburne University of Technology.

The team say that to explain the astronomical observation of the shrinking of the Universe, one has to admit that it started from somewhere. The team hopes to simulate those initial scenarios to help distinguish between them, and pinpoint the very beginning of our Universe.