The Rena grounding has become known as New Zealand’s worst maritime environmental disaster. The incident put the National Oiled Wildlife Response Team to the test. Twelve months after the grounding we look back over some key events and milestones...

Early on the morning of 5 October 2011 the Cargo Vessel Rena struck the Astrolabe Reef which lies approximately 12 nautical miles of the Tauranga coast in the Bay of Plenty. At the time of impact the vessel was travelling 17 knots and was carrying 1368 containers of cargo and 1733 tonnes of heavy fuel oil. An incident response was immediately instigated by Maritime New Zealand, and members of the National Oiled Wildlife Response Team (NOWRT) were onsite from day one of the response.

Massey University’s Oiled Wildlife Staff would like to recognise the tremendous efforts made by all who played a part in the Rena Wildlife Response. The response would not have been possible without your dedication and hard work...

In particular we would like to extend our gratitude to the following people and organisations for their outstanding support and contributions:

At the height of the wildlife response, approximately 250 people were involved in daily wildlife operations, including field staff scouring the coastline to collect oiled birds, the oiled wildlife facility staff who cared for the birds after capture, and the numerous support staff required to assist with the management, logistics, planning, human resourcing etc.

All responders were invited to participate in the Rena wildlife debrief process which has now been completed. Thanks to everyone who took the time to participate. There were some great lessons learnt from the Rena event, and these will really help streamline processes for future responses. 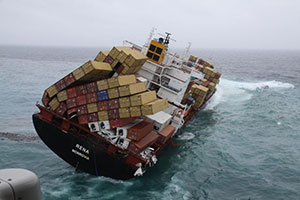 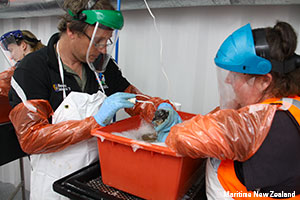 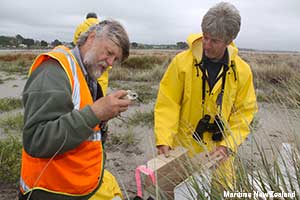 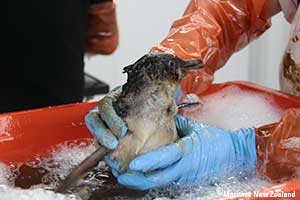 The wildlife call centre in action 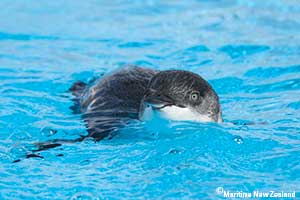 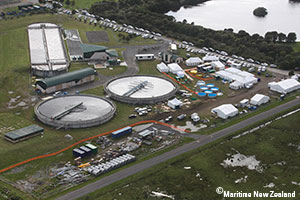 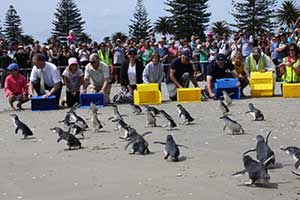 Last remaining rehabilitated penguins released back into the wild