Dr Peter Meihana's thesis is set to be published in book form in 2023, as part of a series designed to contribute to critical scholarship in Aotearoa New Zealand.

It’s been a mammoth task editing 90,000 words down to 33,000, but Dr Peter Meihana, Ngāti Kuia, Rangitāne, Ngāti Apa ki te Rā Tō, Ngāi Tahu, says he’s excited his PhD thesis, on what he calls ‘the paradox of Māori privilege’, is about to appear in book form.

Privilege in Perpetuity: Exploding a Pākehā Myth will be published in 2023 as part of the Bridget Williams Books text series which is designed to contribute to critical scholarship in Aotearoa New Zealand.

Dr Meihana says his thesis was a kind of historical survey looking at ideas of Māori privilege from 1769 through to the New Zealand centenary in 1940.

“When early observers came to Aotearoa New Zealand they used tools that helped them understand indigenous peoples – ideas like progress and racial hierarchy. If you tilled the soil you were seen as higher up the continuum of human progress than hunter gatherers. Around 1840 the prevailing idea was that Māori were savages, but a superior kind of savage.”

Dr Meihana is a Senior Lecturer in Māori history within the School of Humanities, Media and Creative Communication. He demonstrates in his research that the idea of Māori privilege was central to the colonisation of New Zealand and still exerts an influence today.

“The British Government and the New Zealand Company looked to colonise New Zealand. The Crown said that to protect Māori from land speculators (the Company) they needed to become British subjects and be afforded Her Majesty’s protection. The Crown would be the sole buyer of land. The Treaty gave Māori the rights and privileges of British subjects. When Māori were disinclined to sell, the Treaty was used to justify a policy shift from the privilege of protection to the privilege of free trade in land.”

The Native Land Court was created to convert communally held Māori land to land with an individualised title that could then be sold on the open market. Millions of acres of land passed into the settlers’ hands in this way.

“During the 19th century there were shifts back and forth between the two policies. The official Crown view and the populist settlers’ view were both framed as privilege, and both resulted in alienation of land," Dr Meihana says.

By 1900 most Māori land in the South Island was gone. The Māori Lands Administration Act of that year aimed to reduce Māori protest at their loss of land by making provision for land to be leased rather than sold.

“But the settlers didn’t like the idea of Māori landlordism. They claimed leasing would make Māori indolent, while the settlers worked and improved the land. Leasing was thus framed by the Opposition as privilege and the Act was gradually amended.”

“I suppose what I would say if you take the long view is that whenever there are claims and assertions of Māori privilege, Māori are about to lose something."

Dr Meihana describes his work as building on incremental changes in how the past is written about. These changes clear the space for other perspectives.

Of Ngāti Kuia, Rangitāne, Ngāti Apa ki te Rā Tō and Ngāi Tahu descent, Dr Meihana is a trustee on Te Rūnanga a Rangitāne. He shares his passion for history with local schools in Marlborough, introducing pupils to the history of his people. This includes visits to carved pou whenua that have been erected in Blenheim as a way of making the past more visible.

“I like to go into the classroom and say ‘Books are not the only place you can get history from’. We go out for the day and visit wahi tapu such as Te Pokohiwi o Kupe, the site of the first Polynesian settlement."

The archaeological site at Cloudy Bay in Marlborough dates back to around 1300AD.

“Often my cousins aren’t involved in tribal activities, but I can connect with their kids in school. I like to connect them with their whakapapa. You can see a physical change in their posture. They become upright. That’s the fulfilling part for me. As historians we want to be able to replenish ourselves. The goal is for some of these students to become historians.”

Dr Meihana and two of his cousins, Dr Melanie Riwai-Couch and Dr Liana MacDonald, spoke at a recent Māori education symposium in Nelson which attracted around 1000 attendees. The symposium was aimed at addressing racism in schools and promoting excellence for Māori students.

“My cousins delivered some strong words about Māori education. From all the feedback, teachers are wanting to improve their practice. There’s an appetite for change,” he says. 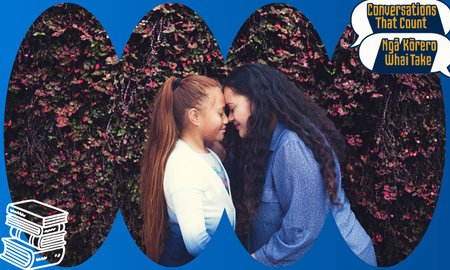 This year's Vaughan Park/Massey University Sir Paul Reeves Memorial lecture was a poignant reminder of Sir Paul's concern for reconciliation between Māori and the Crown and a look to where that relationship might go in the future. 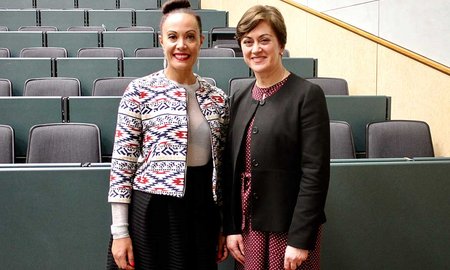