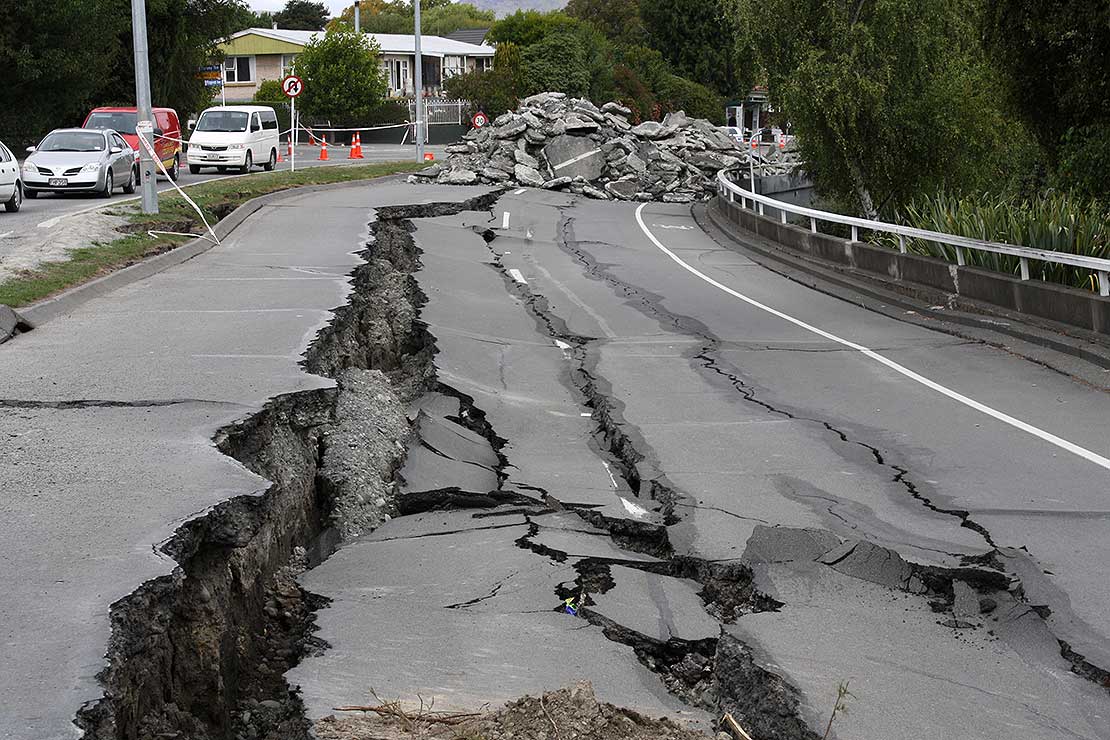 Stan Abbott says all householders should be encouraged to install rainwater tanks at their homes before the next earthquake strikes. This week’s devastating earthquakes are a blunt warning to householders throughout New Zealand to prepare for the worst and ensure they have an adequate supply of emergency water.

Many regions are vulnerable to earthquakes and at risk from the disruption of water supplies, meaning communities could be without reticulated mains water for weeks or months after a large earthquake.

Stan Abbott, a senior lecturer at Massey’s School of Public Health who leads the Roof Water Harvesting Centre, says the importance of securing emergency water after a large earthquake is indisputable.

Recently published Massey University studies on emergency rainwater tanks highlight the benefits of home owners having their own emergency water supply. The studies were conducted during internships at the Roof Water Harvesting Centre by fourth-year students from the National School for Water and Environmental Engineering (ENGEES) in Strasbourg, France.

Mr Abbott says all householders should be encouraged to install rainwater tanks at their homes before the next earthquake strikes.

“Our studies have shown that roof water harvesting by the householders themselves can be a realistic option for a safe water supply in terms of costs, simplicity of installation and maintenance. Installing a small rainwater tank [250 to 600 litres] is a relatively straightforward process and can be done by a home handyman in a couple of hours.

“While local authorities recommend three litres of water per person per day for use in emergencies, World Health Organisation studies show that having less than 10 litres per person per day is a significant health risk. Small rainwater tanks are certainly better than having no tank but I recommend home owners should consider installing larger rainwater tanks if they have the space on their properties and if they can afford them.”

If a prolonged dry period coincides with a major earthquake, a small 200-litre water tank would only provide around five days of water for a family of four, Mr Abbott says.

"Having a larger rainwater tank means more water will be available, not only for drinking, oral hygiene, utensil washing, food preparation and washing, but also for pet care and even toilet flushing.”

Mr Abbott cautions that roof-collected rainwater should be treated because rainwater can be tainted by roof catchment and run-off contamination, by birds and small mammals, decay of accumulated organic debris, and airborne micro-organisms.

“Our research findings show that the most likely sources of faecal contamination comes from birds, frogs, rodents and possums, dead animals and insects, either on the roofs or in the gutters, or in the water tank itself.”

“Roof-collected rainwater should always be boiled ‘to a rolling boil’ in an electric jug for at least one minute. Electric jugs with automatic cut-off are fine especially if the water is left to cool for some time before use. Boiling the water will remove or destroy all biological and most gaseous contaminants,” Mr Abbott says.

“As earthquakes can trigger power outages, alternative disinfection methods for the rainwater may have to be used. If the water can’t be boiled then it should be disinfected with sodium hypochlorite [household bleach]. The bleach – five drops per litre or 150ml of bleach per 1,000 litres – should be mixed thoroughly with the water and allowed to stand for at least 30 minutes before using. Sodium dichloroisocyanurate is another chlorine compound that is available in tablet form (Puritabs, Aquatabs) – add one purification tablet to each litre of water.”

Mr Abbott says that while sodium hypochlorite has outstanding disinfection properties, it is corrosive, toxic and can be dangerous if used in the wrong doses.

“There are now safer hydrogen peroxide-based products available for disinfecting roof-collected rainwater quickly. These are non-toxic, tasteless, odourless products that are also ecologically safe, including Aquasafe, Steritank, and PourN’Go, which are available at most hardware stores or swimming pool supply stores.”

Find out more about the Roof Water Research Centre here.