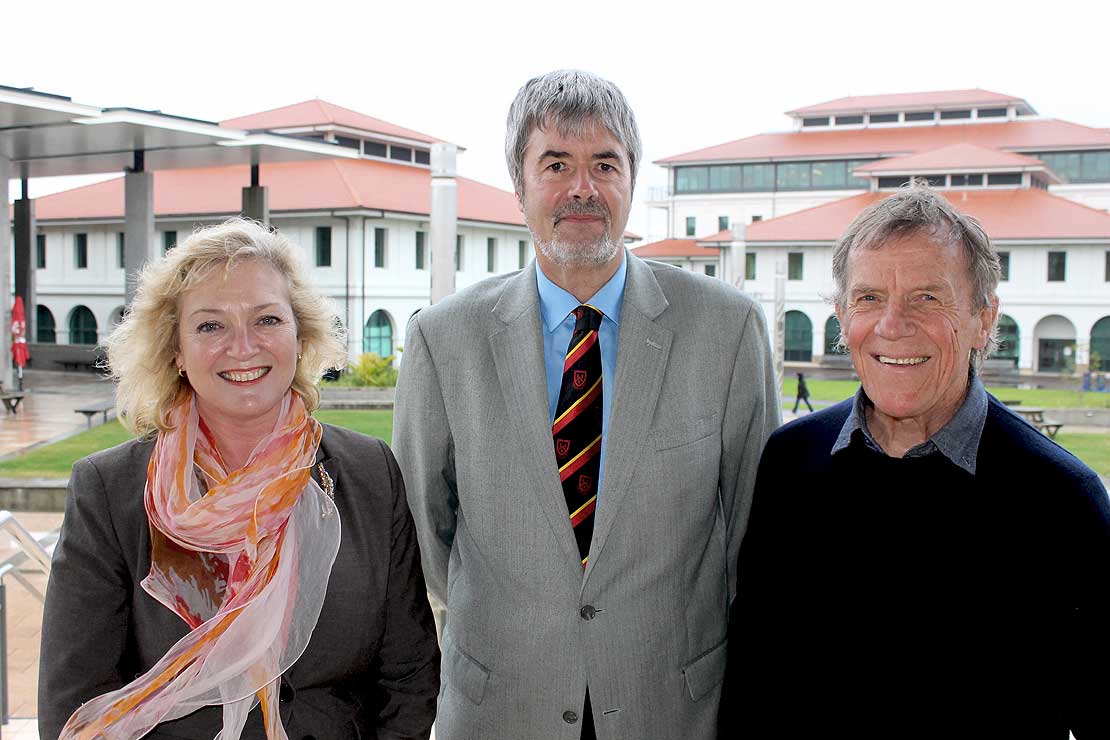 The views of a visiting British co-author of a controversial book on dyslexia highlights how the term ‘dyslexia’ has hindered efforts to help children with reading difficulties in New Zealand.

The views of a visiting British co-author of a controversial book on dyslexia highlights how the term ‘dyslexia’ has hindered efforts to help children with reading difficulties in New Zealand.

Professor Julian Elliott, who says the term ‘dyslexia’ should be abandoned, is in New Zealand to give several public talks at Massey’s Auckland and Manawatū campuses, as well as a debate at the University of Waikato.

The Dyslexia Debate, published last year by Professor Elliott and Professor Elena Grigorenko, examines cognitive, neural, genetic and educational/therapeutic aspects of dyslexia ­– as well as how the term has been used – and questions its efficacy as a diagnosis.

Massey University's Professor Tom Nicholson, a leading literacy expert and member of the American Reading Hall of Fame, says: "The way we treat children with severe reading difficulties is a national tragedy. Professor Elliott, who is touring New Zealand and Australia, is leading the charge to do something about it.”

"Every day across New Zealand there are thousands of parents who are fretting and worrying about their children's reading and spelling progress and feel helpless about what to do,” he says. “Professor Elliott's visit this month will throw a bright light on the fact that there is little or nothing available from the Ministry of Education to help these children.

“The Dyslexia Debate, which Professor Elliott has co-authored with internationally-renowned neuroscientist Professor Elena Grigorenko, is the most important book on reading since Rudolf Flesch's book Why Johnny can't read.”

Professor Nicholson, who is based at the Institute of Education as Massey’s Auckland campus and will join a debate with Professor Elliott next week, says it is “heart-breaking to go out to schools to help 10-year-old children reading at a five-year-old level.”

“At Massey we have run after school clinics and I have done personal tutoring, but this is a drop in the ocean. Professor Elliott's talk will show how big a problem we actually have here.”

He says some parents see “a glimmer of hope” in going to a private psychologist to get a diagnosis of dyslexia. “But as the book [The Dyslexia Debate] shows, this a waste of money as there is nothing schools can do. The Ministry does not recognise dyslexia or any reading disorder as eligible for funding. Teachers try to help out and schools try to use teacher aides but this is a small band aid on a massive problem."

Professor Elliott's solution requires excellent first teaching ­– preferably with a strong phonics emphasis – followed by quick intervention if the child does not respond to teaching in the first few weeks of school.

“This should continue through the whole of school, if necessary, until every child can read and spell. We desperately need this. Every child has the right to read,” Professor Nicholson says.

He says Professor Elliott – whom he describes as “engaging, funny, informative and courageous” – is a “must-see for every parent and teacher.”

Professor Elliott’s visit to New Zealand has been sponsored by the New Zealand Psychological Society. He will be giving a keynote speech at their August 28-31 conference in Hamilton.