Class size matters to those who struggle most 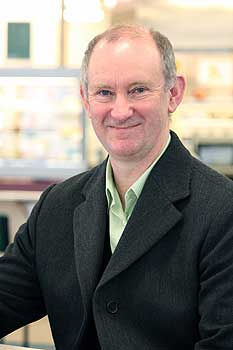 Research shows that class size does matter; and that it matters most for socio-economically disadvantaged learners, the very groups that the Government says it is most concerned about, says Massey University Professor of Education John O'Neill.

Professor O'Neill, a specialist in teacher education and the University's director of research ethics, describes the new proposal by Treasury to increase class sizes as "penny pinching" and at odds with what the Ministry of Education says it wants to achieve in New Zealand schools.

"Professor John Hattie’s media comments about class size being ‘less important’ have clearly been mis-interpreted by Treasury and Finance Minister Bill English as being ‘not at all important’," Professor O'Neill says. "It would be a grave mistake in my view for the New Zealand Ministry of Education to increase class sizes on the assumption that it will have no effect on other important aspects of teaching and learning.

"A review of class size research by England’s Professor Peter Blatchford makes the point that class size effects are 'multiple'. "It is not simply a case of looking at the correlation between class size and student outcomes, as Mr English’s briefing appears to have done. For example, both experimental and non-experimental studies have shown that for children at the beginning of schooling, there are significant potential gains in reading and maths in smaller classes.

"Children from ethnic minorities and children with the most ground to make up benefit most. New Zealand early literacy research in South Auckland schools has also shown that learners with poorly developed literacy need smaller classes in the early years in order to have the support they need to become confident readers. Increasing class size would therefore appear to be in direct conflict with the government’s ‘crusade’ around National Standards.

"Class size also affects what teachers and learners actually do in the classroom. Mr English’s comments suggest to me that he may have been very poorly briefed on what the class size research actually says.
Professor Blatchford’s own research showed that larger classes produced more and larger groups of learners within the class. This had negative effects on teaching, learning and learners’ concentration. In smaller classes, teachers were more likely to spend time with individual learners. This is exactly the kind of personalised learning approach that our Ministry of Education says it wants and which larger classes would seriously threaten.

"This penny-pinching proposal worries me. The Government cannot claim on one hand to be committed to meeting the needs of disadvantaged learners, improving the achievement of Maori and Pasifika students, raising national standards and to providing 21st century learning and, on the other hand, take steps that materially undermine each and every one of those commitments. If we follow Treasury’s logic we might just as well go back to the early 1800s and drill children in classes of five hundred using sand trays and monitors. That would be cheaper still."