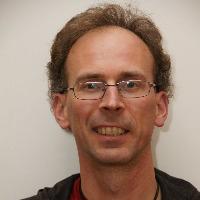 I completed my PhD in mathematics at UC Berkeley in 2003, under the supervision of Rob Kirby, after first completing my BSc (Hons) and MSc with Mike Steel at the University of Canterbury. I worked at UC Davis for three years before returning to New Zealand in 2007 to my present position at Massey.

My primary research interests are in combinatorial topology, knot theory, and combinatorics. I also do some work in the area of mathematical biology.