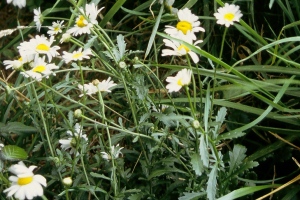 Formerly known as Chrysanthemum leucanthemum, this perennial weed is most commonly found in waste places, especially along roadsides in many parts of the country. However, it can also be of agricultural importance as it can become troublesome in dairy pastures because cows tend not to eat it. It is never an issue when sheep are present as they are quite keen to eat oxeye daisy. It is also a problem because it is not susceptible to the selective herbicides normally used in pasture. The large showy flowers though can make it quite pleasant to look at along roadsides, if you're not a dairy farmer. 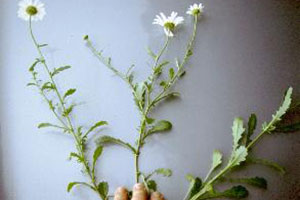 Oxeye daisy is a much larger weed than daisy. While daisy tends to grow as fairly small, flat rosettes, oxeye daisy usually grows as taller clumps, though still as a rosette at first until it produces upright, leafy flower stems. The leaves of oxeye daisy are quite deeply lobed, different to daisy leaves. The flowers are the same colour as daisy, with a yellow centre and outer white ray florets. But oxeye daisy flowers are much larger than daisy flowers, usually about 6 cm in diameter. The other two weeds commonly found in pastures with flowers that look like these are stinking mayweed and scentless chamomile, but both of these have very finely divided leaflets. Oxeye daisy has short rhizomes, which helps make it difficult to control.  Mexican daisy is another weed becoming increasingly common in urban areas and waste places in New Zealand that looks similar, though this is also an annual weed with more finely divided leaves than oxeye daisy. 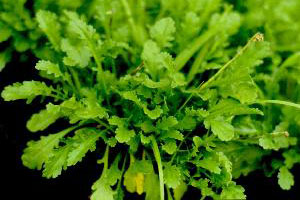 MCPB and MCPA both give poor control of oxeye daisy. There is some effect on the weed when boom-sprayed with 2,4-D ester, but the plant normally regrows. Adding a small amount of clopyralid (eg Versatill) will improve the effect of 2,4-D on oxeye daisy, but it also greatly increases the damage caused to clovers. Thifensulfuron (eg Harmony) applied in spring has shown some promise against oxeye daisy, but there is still regrowth of the weed, and this can be quite damaging to clovers if boom-sprayed. Oxeye daisy is susceptible to spot-treatments of clopyralid (eg Versatill), aminopyralid (T-Max), metsulfuron (eg Eradicate, Agpro Meturon, MSF 600) or triclopyr/picloram (eg Victory Gold). However these treatments all kill clovers too, so should only be used for spot-treatments. The other possibility is to use one of these more effective herbicides in height-differential application equipment such as a rotary weed wiper or a C-Dax Eliminator, and apply them after the pasture has been grazed down, making the ungrazed weed stand up above the height of the pasture. Note that all of these treatments would only be attempted in a dairy pasture. Where sheep are present, no treatment should be necessary as the weed will be grazed.