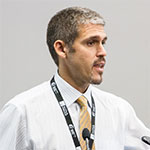 Nick graduated from Massey University in 1990. He worked in practice for seven years before returning to Massey to undertake a residency programme in small animal internal medicine. During this time he became a member of the Australian College of Veterinary Scientists and he graduated with a Masters in Veterinary Science Degree in 2000. Nick then moved to the University of California at Davis where he studied for a PhD and became a diplomat of the American College of Veterinary Nutrition (ACVN) by examination in 2004. Nick returned to Massey in 2004. Naomi Cogger completed a Bachelor of Science with Honors, University of Sydney, in 1999 whereupon she stayed to complete a PhD in Veterinary Epidemiology at the Faculty of Veterinary Science University of Sydney. In 2006 Naomi was awarded her PhD for a thesis entitled Epidemiology of musculoskeletal injuries in two- and three-year-old Thoroughbred racehorses. In 2003 Naomi joined the EpiCentre as a research Officer and in 2006 was promoted to lecturer. Naomi has a strong interest in rural issues and in 2008 she began a study to determine the frequency and impact of injuries and health problems in New Zealand working dogs. 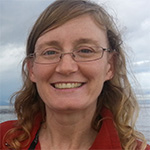 Vicki graduated from Massey University in 1995. She spent several years in small animal practice before returning to Massey in 2000. She became the Lecturer in Behaviour and Service Dog Health and was the National Coordinating Service Dog Veterinarian until 2008. Vicki was awarded her MVSc with honours in 2009 for her thesis titled Detection of Behavioural and Cognitive Dysfunction in Mucopolysaccharidosis IIIA Affected Dogs. Vicki is currently a member of the New Zealand Police Dog breeding panel. 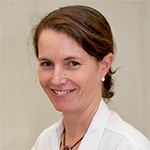 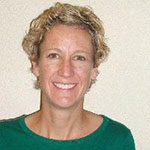 Janelle Wierenga is a Senior Lecturer at the School of Veterinary Science at Massey University, joining in late 2013.  Dr. Wierenga teaches veterinary and veterinary technician students, works as the small animal criticalist in the veterinary teaching hospital and pursues research in infectious disease epidemiology and One Health.  She received her BS from Calvin College and a DVM from Michigan State University in 2003.  Post-doctorate training included a rotating internship at the University of Illinois followed by a residency in Small Animal Emergency and Critical Care at UC Davis and subsequent board certification in 2008.  After practicing at a private referral and emergency practice for 4-5 years, she returned to academia and completed an MPH from the University of Washington, USA. Andrew graduated from Massey in 1990 and spent several years in small animal practice in Australia, England and New Zealand. His interests include radiology and he is a member of the Radiology Chapter of the Australian and New Zealand College of Veterinary Scientists. After a three-year residency program in small animal surgery at Massey University, he completed the requirements for Fellowship status of the Australian College. He became a NZVC Registered Specialist in Small Animal Surgery in 2006. He has published several articles on working dog orthopedic disease, and is undertaking a doctoral thesis in lumbosacral disease as it affects New Zealand Police Dogs. His current clinical interests include minimally invasive fracture repair and advancements in computer assisted surgery and he enjoys all aspects of soft tissue, orthopaedic and neurosurgery.