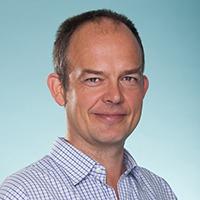 School of Natural and Computational Sciences

Winston has worked in various areas of mathematics, in particular applying mathematical modelling.  He is a former President of the New Zealand Mathematical Society  (2013-2015). In his work in  stellar dynamics and celestial mechanics, he studies problems relating to a number of gravitationally attracting masses. He  is also active in mathematics-in-industry study groups, completing his 22nd in 2018. As well as study groups in New Zealand and Australia, he has contributed to  study groups in Canada, China, Ireland and Japan.  He is keen on sport and  won a Commonwealth Games silver medal at judo at Auckland 1990,  competing  for Scotland.