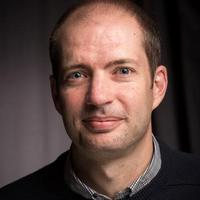 Ian has been at Massey since 2008, having previously worked at the University of Sussex in the UK, and was Media Studies Programme Coordinator from 2012-2014. His research is primarily focused upon the social, cultural and economic relations constituted through the circulation and consumption of film.

His current work examines the role played by theatrical sites of exhibition, such as cinemas, and non-theatrical sites of exhibition, such as online distribution, in shaping audiences’ engagement with film in New Zealand.  Work from this research can be found in Continuum: Journal Of Media and Cultural Studies (Vol 30, Issue 6),  Studies in Australasian Cinema (Vol 5, Issue 3 and Vol 6, Issue 2) and Watching Films: New Perspectives on Movie-Going, Exhibition and Reception (Karina Aveyard and Albert Moran [eds] 2013).

In his PhD he examined the way in which audiences’ gendered/classed/sexual identities were constructed through their engagement with the films of Sylvester Stallone.  Work from this research can be found in Contemporary Hollywood Stardom (Thomas Austin and Martin Barker [eds] 2003), Participations: Journal of Audience and Reception Studies (Vol 4, Issue 2), and The Ultimate Stallone Reader (Chris Holmlund [ed] 2014). This interest in the relationship between stardom and masculinity was also explored further in work on the representation of masculinity in the films of Orlando Bloom (Scope: An Online Journal of Film Studies, Issue 9, 2007).

His research entails a range of methods and approaches, including audience research, political economy, textual analysis, and cultural geography.

Request Academic Output
Huffer, I. (2020). The circulation of Chinese film in New Zealand as a potential platform for soft power. Media International Australia. 176(1) Retrieved from https://journals.sagepub.com/doi/10.1177/1329878X20921570
[Journal article]Authored by: Huffer, I.
Read Online:

Huffer, I. (2019). Distribution Revolution? The circulation of film and cultural capital. Participations: journal of audience and reception studies. 16(1), 70-89 Retrieved from https://www.participations.org/Volume%2016/Issue%201/5.pdf
[Journal article]Authored by: Huffer, I.
Read article at Massey Research Online:

Huffer, IJ. (2007). 'I wanted to be Rocky, but I also wanted to be his wife!': Heterosexuality and the (re)construction of gender in female film audiences' consumption of Sylvester Stallone. Participations: Journal of Audience & Reception Studies. 4(2), 1-23 Retrieved from http://www.participations.org/Volume%204/Issue%202/4_02_huffer.htm
[Journal article]Authored by: Huffer, I.
Read Abstract: