Stinking mayweed is an annual weed which mainly germinates in spring. It can be found in crops sown in spring, and also pastures that are not very dense during spring. Low density of pastures in spring is often due to treading damage over winter, or if they are newly established. Once present in pastures, most livestock prefer not to eat it, allowing it to dominate the pasture. If lactating cows do eat it, tainting of milk can occur. It grows upright but tends not to grow much taller than 20-50 cm. 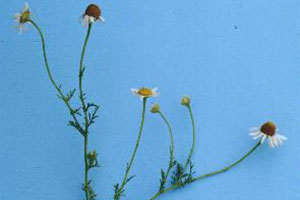 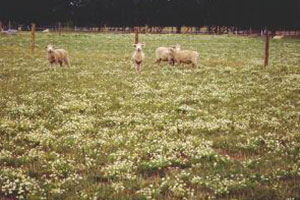 In pastures, stinking mayweed will eventually disappear by itself once it flowers because it is an annual, and pasture management should be used to improve density in the subsequent late winter to early spring period to prevent it establishing again. But if control is required, a number of herbicides work poorly on this weed. MCPB, MCPA and 2,4-D all give poor control. However, if applied while stinking mayweed is still a young seedling, good control can be obtained in pastures with herbicides such as bentazone (eg Basagran, or in products such as Pulsar), flumetsulam (eg Preside) and thifensulfuron (eg Harmony). In crops such as cereals, a number of options exist, such as chlorsulfuron (eg Glean) and clopyralid (eg Versatill).