Home > Learning > Programmes and courses > Search for a programme 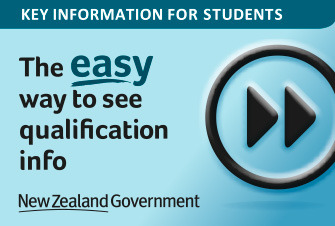 Unlock your imagination, expand your thinking and polish your writing with Massey’s BA (Creative Writing).

Find out more about the Bachelor of Arts parent structure.

Inspiration, communication and vocation are at the heart of Massey’s exciting BA (Creative Writing).

It offers you the chance to develop your writing so that it’s pitch-perfect for a variety of audiences. You’ll enhance your critical thinking and master a wide range of transferable communication skills while pursuing your own creative vision.

Creative writing offers you flexibility in writing original work in a variety of genres: learn to write fiction, scripts for the stage and screen, poetry, creative non-fiction, life writing and travel writing.

Our award-winning teachers are also internationally acclaimed writers who teach from their own first-hand experience in moving from idea to page, polishing their work and sending it off to be published or performed.

Your third year has a vocational focus: you’ll produce a working manuscript of your own writing. You also have the opportunity to gain hands-on editing and publishing experience or facilitate a creative writing arts project in your local community.

Students who have taken our creative writing courses have gone on to publish poems, stories, essays and books as well as winning some of New Zealand’s top writing prizes. Why not join them?

A good fit if you:

A Bachelor of Arts (Creative Writing) is one of the most creative and enriching degrees you can do. Employers seek out BA students for their lateral and analytical thinking, communication skills and creative ability.

There are various possibilities for creative writing graduates, including:

Bryan is the author of three poetry collections, most recently Native Bird, a collection of short stories, Ephraim’s Eyes, and two a scholarly books, Resistance to Science in Contemporary American Poetry and Poetry and Mindfulness: Interruption to a Journey. He has received writing awards in New Zealand, Australia and the USA, a Vice Chancellor’s Award for Teaching Excellence and a national Tertiary Teaching Excellence Award. He has also been a judge for several national literary contests, including the Ockham New Zealand Book Awards in poetry.

Ingrid is the author of two poetry collections and a genre-bending travel book, Travelling with Augusta, 1835 and 1999. In 2016 she was awarded Massey’s College of Humanities and Social Sciences Teaching Award for her innovative creative nonfiction courses. Ingrid is the co-editor of and a contributor to a forthcoming collection of essays, Extraordinary Anywhere: Essays on Place for Aotearoa New Zealand.

Jack’s publications include five poetry books, three collections of short fiction, and four novels - most recently The Annotated Tree Worship (2017). He has edited numerous anthologies and literary magazines, and is the managing editor of Poetry NZ.

Thom is the author of novels The Naturalist and The Salted Air. He is the editor of a collection of essays, Home. His short fiction has been recognised by Best American Short Stories 2012 and has won other awards. In 2013, he received a Vice-Chancellor’s Award for Sustained Excellence in Teaching.

Stuart has been Playwright in Residence at the Mercury Theatre; Literary Fellow at Auckland University; Burns Fellow at the University of Otago; Writer in Residence at Canterbury University; and Meridian Energy Katherine Mansfield Fellow. He has won the Bruce Mason Award for Playwrights. His screenplay for Lovelock won the New Zealand Writers’ Guild Best Screenplay Award, and his screenplay for I’m So Lonesome I Could Cry was selected for the Un Certain Regard section at the 1994 Cannes Film Festival. His first novel was The Hard Light.

Laura Jean McKay writes about humans and other animals. Her new novel, The Animals in That Country, is out with Scribe in 2020. She is also the author of Holiday in Cambodia, shortlisted for three national book awards in Australia. Laura writes and teaches in the areas of fiction, poetry, literary animal studies, postcolonial and decolonising literatures and ecocriticism.

Elspeth predominately writes political theatre, especially short comedies that subvert the status quo. She is a two-time winner of the British Theatre Challenge international playwriting competition, a three-time invited playwright for Climate Change Theatre Action, and has won festival awards in the USA, Australia and New Zealand, including Best Play at Pint Sized Plays New Zealand and outstanding curated script at the Stage-It 3 Festival, Florida, USA, in 2019. Her short plays have been published in the USA, UK, Canada and New Zealand. Elspeth received the Playwrights’ Association of New Zealand Outstanding Achiever award in 2018.