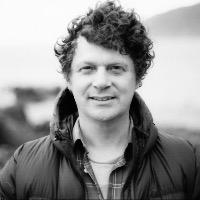 Ben Howe has been working in the music industry for over 20 years - as a musician, record label founder/owner and live music promoter. Ben started out in Flying Nun band Superette in the late 1990s, then subsequently founded influential record label Arch Hill Recordings - home to acts like Don McGlashan, David Kilgour and Street Chant. In 2010 he was one of the partners that transported St Jerome’s Laneway Festival from Australia to New Zealand, helping expand that festival to a 12,000 capacity event held at Auckland’s Silo Park.

In 2012 Ben became Managing Director of Flying Nun Records and undertook a campaign of signing successful new artists like Aldous Harding and Fazerdaze, as well as reissuing catalogue albums including The Clean, The Chills and many others. Ben continues as Flying Nun Director overseeing the Auckland and New York offices.

In 2013 Ben was a founding director of Flying Out Music - which is an Auckland vinyl record store, distribution and event company. Flying Out also presents an annual music festival called The Others Way, which features around 40 NZ artists performing across a dozen live music venues.

Ben Howe has been working in the music industry for over 20 years - as a musician, record label founder/owner and live music promoter.