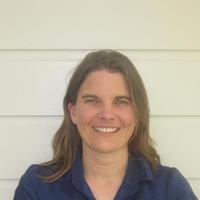 Dietary pattern analysis and relationships with health and disease

The New Zealand population is ageing, with 21% of the population expected to be over 65 years by 2031. Age related cognitive decline is one of the most serious health issues faced as the world’s population ages. The preservation of optimal cognitive function for as long as possible is critical in ensuring successful ageing. The role of dietary and lifestyle factors are increasingly recognised in preventing cognitive decline. However, most studies have focussed on single nutrients (eg. omega 3) and foods (eg. fish). This has several limitations as people do not consume foods and nutrients in isolation but as combinations of foods and nutrients. In contrast, ‘dietary patterns’ (a relatively new approach to assessing dietary intake) capture the overall food matrix and complexity of the diet. Dietary patterns have been linked with a range of health outcomes, and more recently cognitive function in research from overseas. Few studies however have considered dietary patterns in the context of genetics and other lifestyle factors (eg. physical activity). Dietary patterns differ between countries therefore it is critical to gain an understanding of older New Zealander’s dietary patterns and their impact on cognition and metabolic health in the context of genetic and lifestyle factors.
Read Project Description Hide Project Description